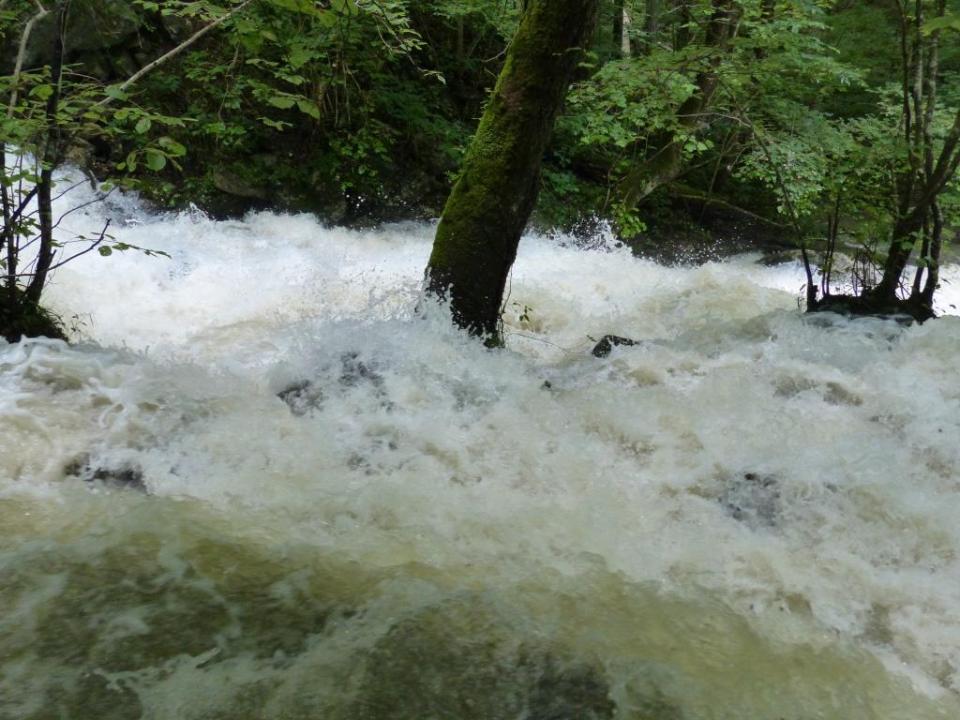 The water here comes from the sinkhole in Lost Cove and from the many streams that run from the south side of Sewanee. The water’s brown tinge is a melange of woodland tannins, soil erosion, and whatever washes from the streets and houses of exurbia.

Inside the cave entrance, the water’s sounds echoed from walls and the low ceiling. Quite a thunder.

(to hear sound, email subscribers need to click on the post’s title to link to the webpage)

The Buggytop cave entrance is a wide maw, easily walkable when the water is low. One hundred or more feet of limestone cliff extend above the entrance. The cave goes back about a mile into the limestone. According to Gerald Smith and Sean Suarez’s ever-fascinating Sewanee Places, the cave gets its name from the folded appearance of the collapsed rocks inside the entrance. Coincidentally, an abandoned buggy trail from Sherwood into Lost Cove passes not far from the cave entrance. Smith and Suarez also relate that the cave’s accessibility and popularity make it the number one site for local cave rescues. Many a poorly-equipped wanderer has become disoriented after their lights fail, both inside the cave and on the sinuous trail from the road. I was not tempted to join the list of rescuees by attempting a solo passage through the whomping water. Sitting in the presence of the echoing tumult was excitement enough.