A few of the creatures we’ve run into on St Catherine’s Island, GA, during the Island Ecology class: 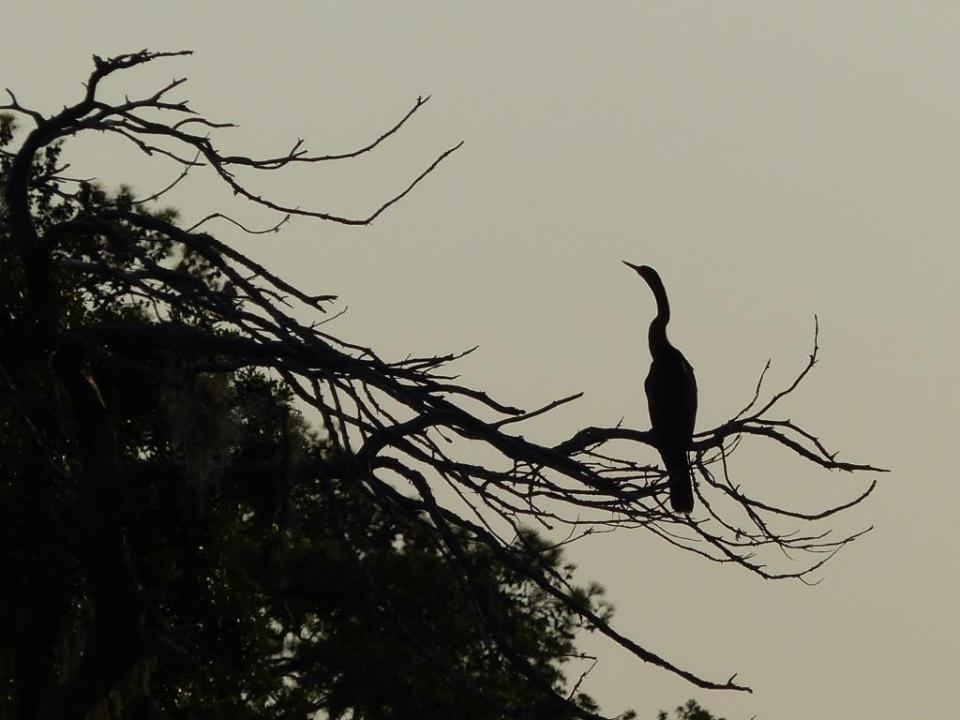 Carapace of loggerhead turtle washed up on beach. Cause of death is unclear. Turkey vulture didn’t care about cause of death, but sea turtle program and State of Georgia did. Turkey vulture proceeded without paperwork; humans went to work with datasheets and calipers. 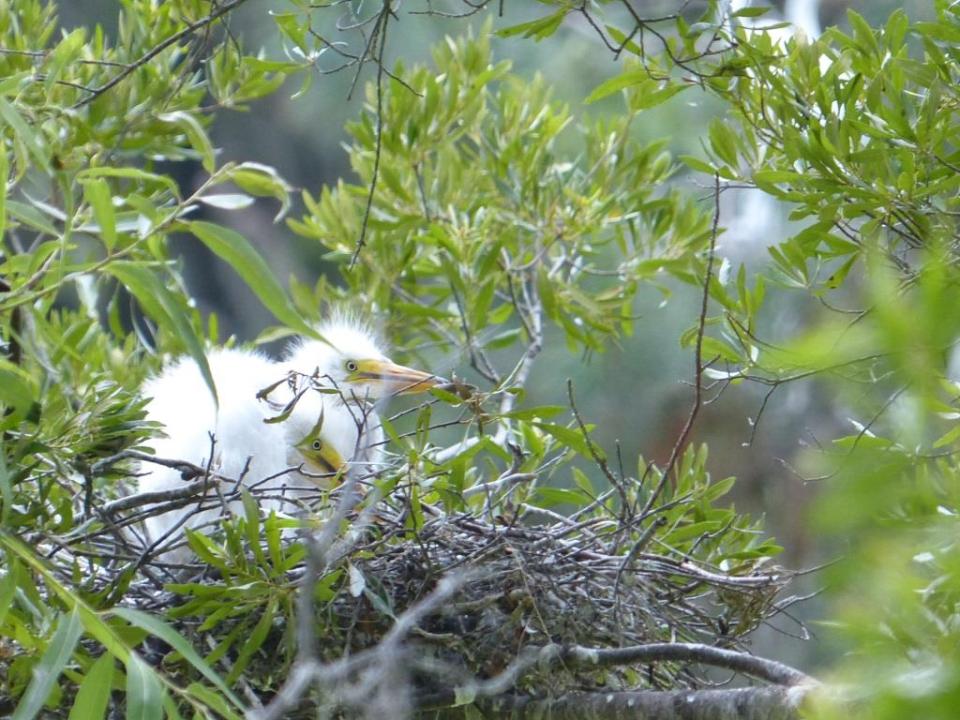 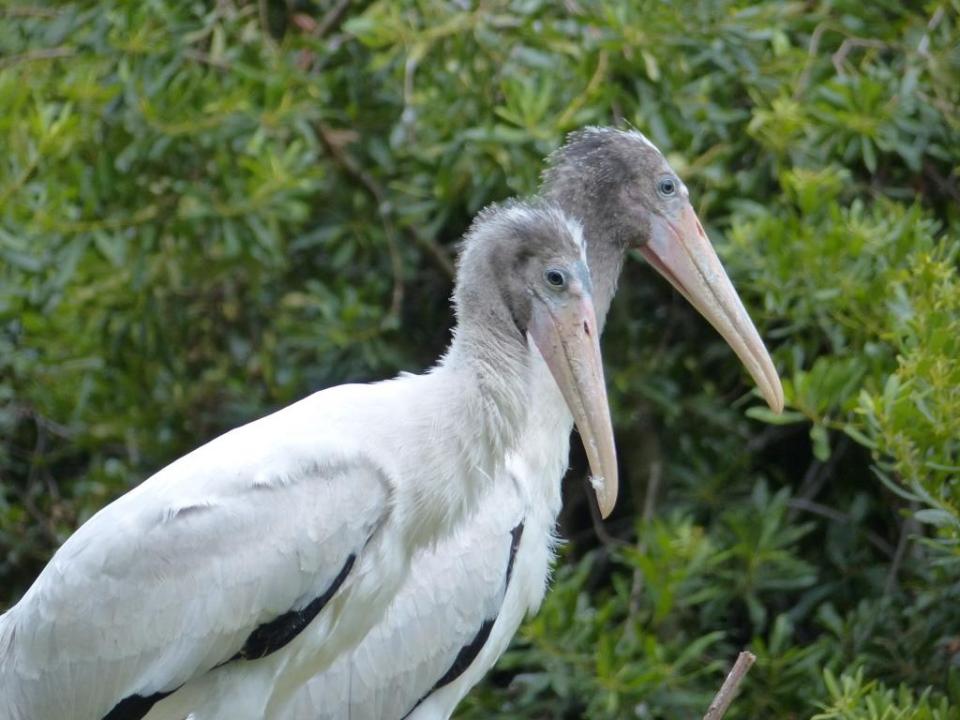 Nestling wood storks in goofy stage. They still have fluffy heads. All these cute down feathers will fall away to reveal the characteristic bare skin of the adult. The naked head allows them to forage in muddy water without fouling (…fowling…) their feathers.

Dead horseshoe crab eyes the beach. In addition to these compound eyes, they have smaller eyes on their telson (tail), near their mouth, and on top of their carapace.

Gopher tortoise on its apron of sand. The tortoise is headed for its burrow which extends many meters below the ground.

Alligator tracks on the sandy road. 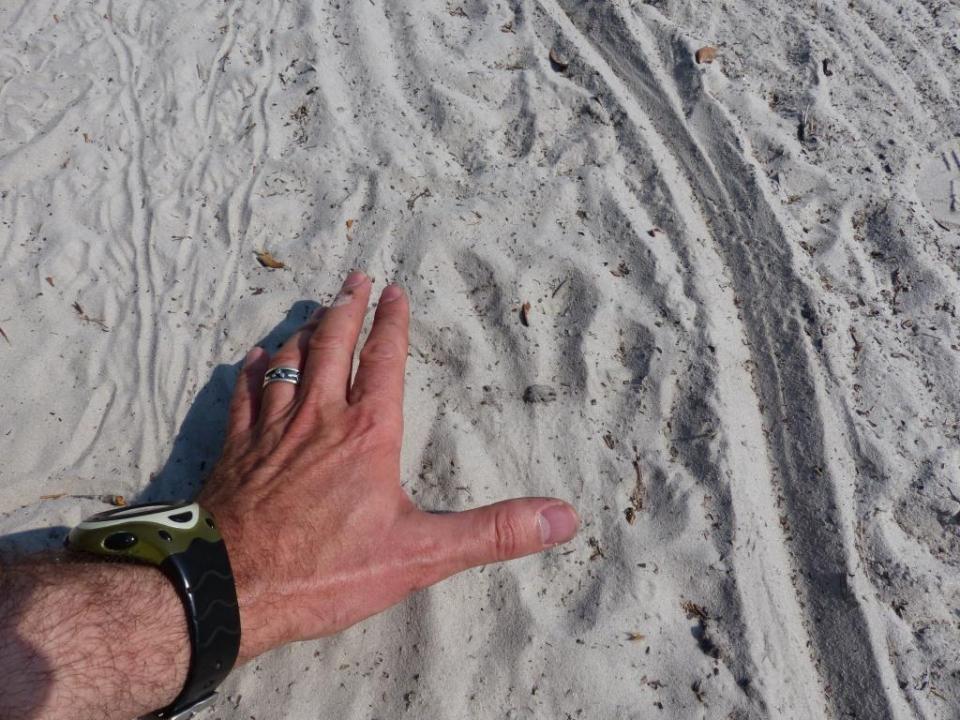 Eastern glass lizard, a legless lizard (found by Hali Steinmann). This one has lost and regrown its tail. They get their vitreous name from the fragility of the tail.

Glass lizard: note ticks attached in the fold of skin down its flank. The island is amply endowed with ticks. A never-failing succession of them, in fact.

Vertebra from dolphin. Found by Annya Shalun on beach.