The students in the Sewanee Island Ecology Program have repeated the studies that I began last year of “trash” on the beaches of St Catherine’s Island, GA. We search standardized transect lines in the wrack on the upper beach.

If our samples are representative of the whole beach, and assuming a 20 meter wide wrack line, a 10 km stretch of beach would have just shy of half a million individual pieces of anthropogenic debris. Foam pieces are the most common (80% of pieces), followed by other plastics. Half of all debris pieces were 2cm wide or smaller. These data only include pieces of debris that are visible on the surface. Much more is likely buried deeper. We did not examine microscopic fragments.

Here are some photos of some of the items we found. 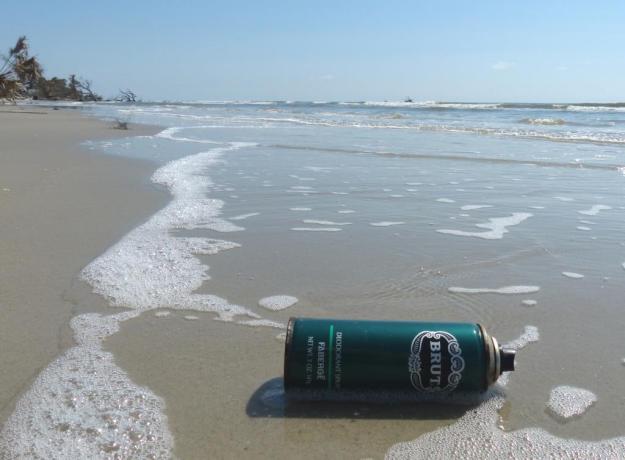 Brut. Advertized on their websites as the “Essence of Man.” Indeed. This one washed up from …somewhere… as we were walking our transects. 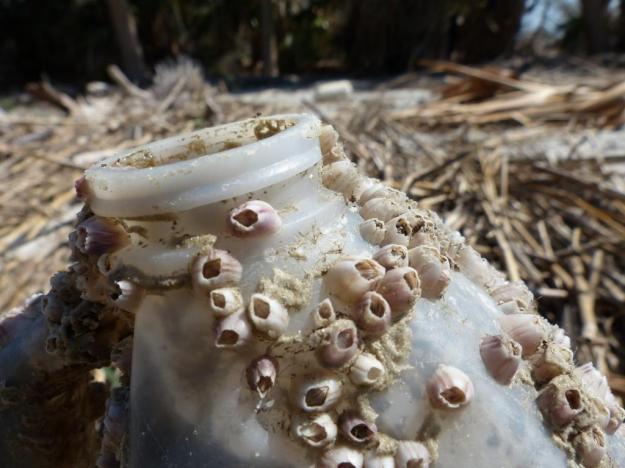 Epibionts on plastic bottle. Darwin would be proud. It’s all about barnacles. 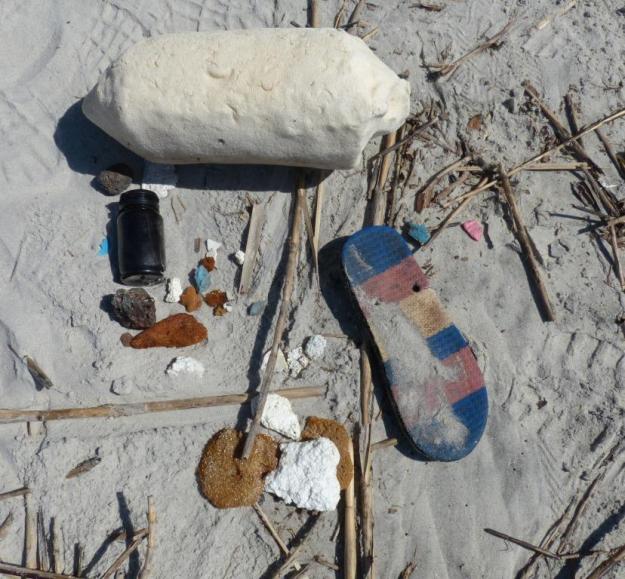 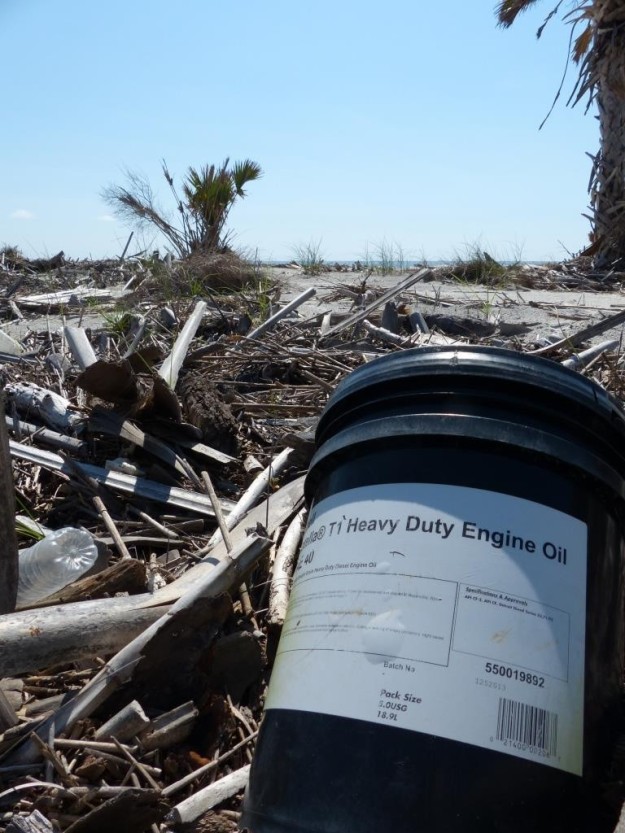 Just what the ocean needs, a little more engine oil. Probably drilled from under the ocean. Sustainability is all about closing the circle…

I also made some sound recordings along the beach. The first is made with a hydrophone, a microphone that picks up sounds below the surface of the water. I suspended it in some gentle surf. The second recording is the same surf, but recorded with a regular microphone, in the air, at the top of the beach.

8 thoughts on “Washed up”