The overlook at Green’s View offered an interesting prospect this morning. The hundred mile view was shortened by the enveloping cloud to less than one hundred feet. 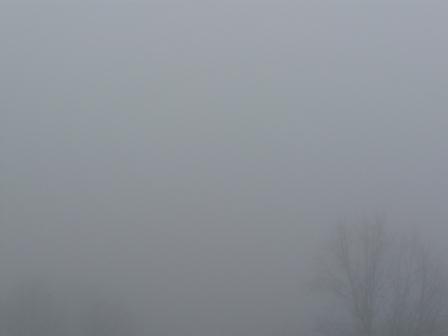 The fog penetrated the forest, hazing and graying views through the trees. 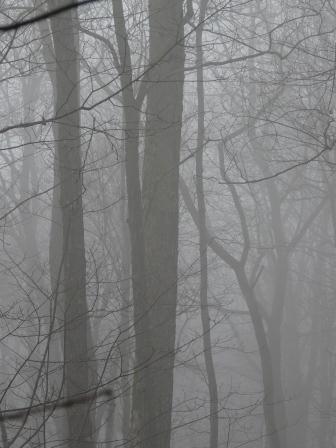 The smell was deliciously tenebrous, seeping into the dim air from the darkness of the soil. Shrews and moles must inhale the same rich earthiness as they burrow.

Although we imagine springtime coming from elsewhere, a warm breeze blowing birds and warmth from the tropics, in reality most of the year’s new life rises from the musty earth, surging through layers of decay.

The first significant signs of this life have now appeared in Shakerag Hollow. Harbinger-of-spring (also called salt-and-pepper plant, Erigenia bulbosa, a carrot relative with an edible tuber) has raised hundreds of tiny blooms over the mountainside, each one standing barely taller than the upper surface of the leaf litter. 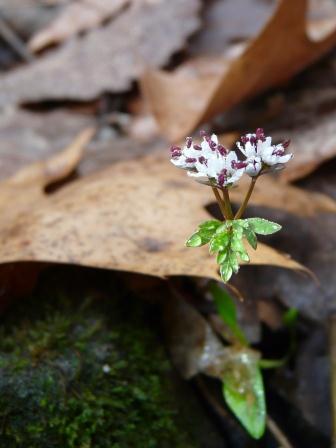 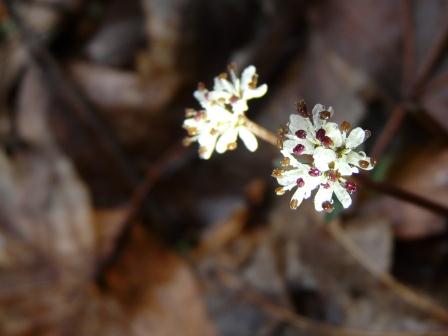 Fungi are also poking through, spreading their spores from colored cups. 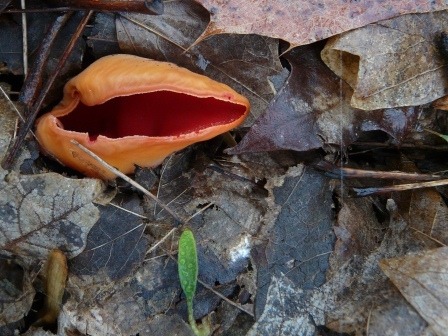 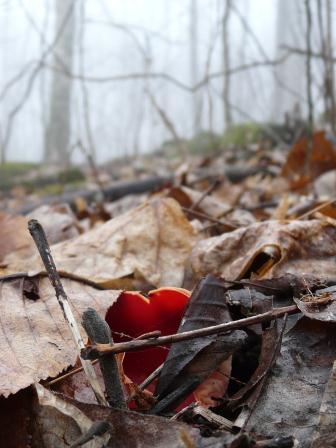 And the animal world is alive. Hairy woodpeckers call, perhaps starting their  breeding season. Orange centipedes lumber across the litter, seeking prey into which to sink their poisoned fangs. Spiders, although withdrawn in their hiding places, have their presence revealed by the foggy air. Every web is a bright cloud of droplets. In some places, funnel-web spiders had strewn the forest floor with dozens of newly constructed traps. 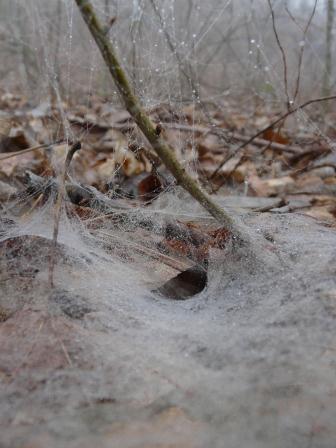 Leaves of toothwort, spring beauty, bloodroot and trillium were unfurling, but their flowers were not yet emerged. Soon, though, the smouldering wet soil will blaze.