You can see them from sixty miles away: twin beams of light reaching from lower Manhattan into the highest visible reaches of the sky. The beams burn through the night on September 11th, a memory, a tribute in light made from 88 7000W xenon bulbs.

Also in the New York skies in mid-September: hundreds of thousands of migrating birds. From afar, the beams look to the birds like…we don’t know…perhaps moonlight, or a gleam of sun out of place, or a streak of magnetic weirdness across the birds’ inner eye. The birds are drawn to the beams, then snared by the light. Look up from the ground and you see hundreds of circling birds. Through binoculars, the higher parts of the beams are so full of birds that the clouds of illuminated bodies look like the Milky Way in motion. Thousands of warblers, orioles, woodpeckers, and thrushes, each turned to a silvery mote.

I joined NYC Audubon to monitor and count birds at the tribute. We watched from the Battery Rooftop Garden, a terrace filled with fruit trees and vegetable beds 34 stories above the street, right next to the beams.

When the bird count got too high, the operators of the 9/11 memorial extinguished the beams for a few minutes, allowing the birds to escape from their photonic prison. Winged creatures in motion, animating the memorial beams, then released. 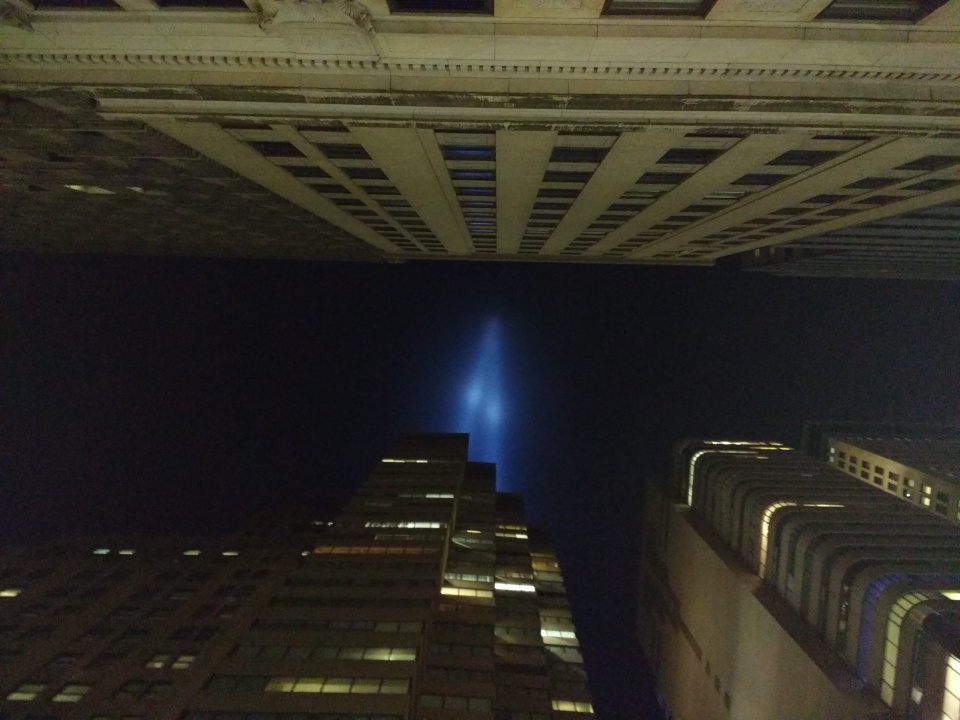 Looking directly up from a few blocks east of ground zero: The Tribute in Light lancing the sky. The bright spot along each beam is a thin cloud layer. 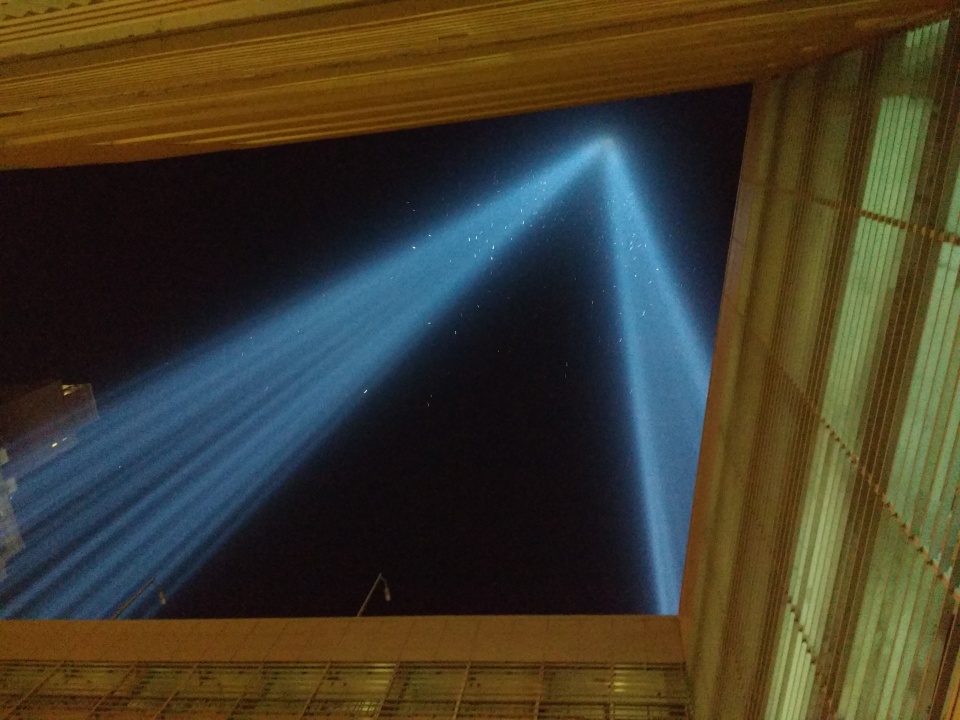 Closer to the lights, the birds are visible in each beam. 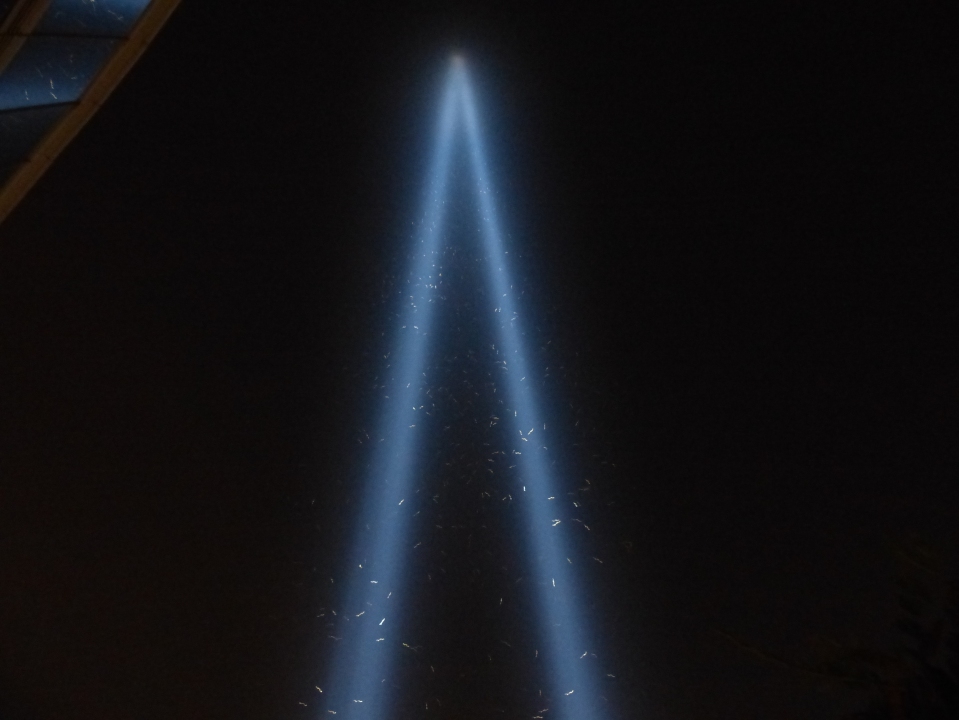 Twin beams. They’re parallel, but seem to converge high in the sky. 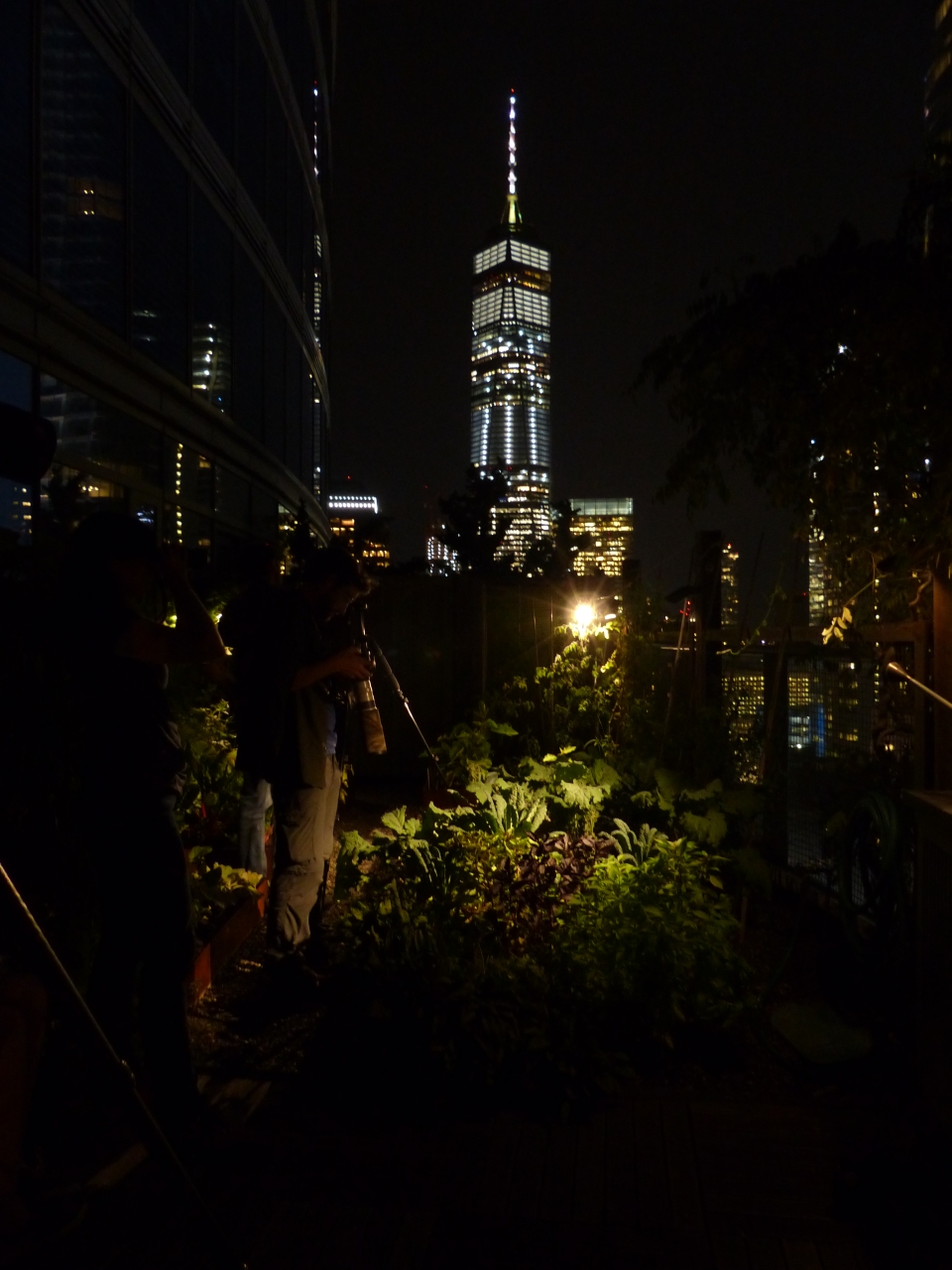 From the rooftop gardens on a building near One World Trade. 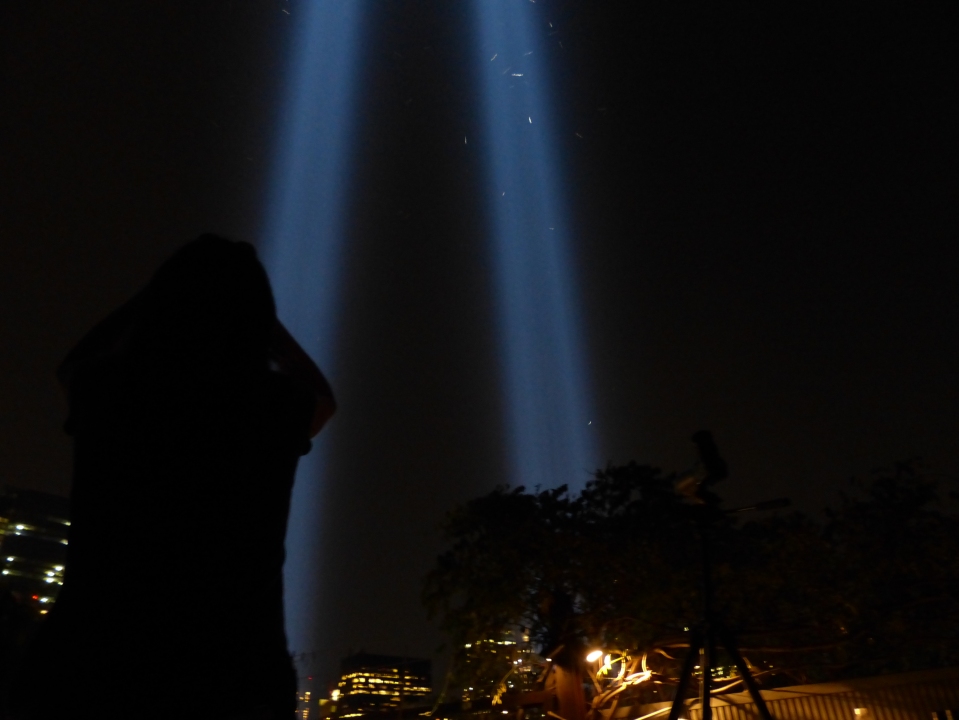 Counting birds in the beams. We’re 34 stories above the street. 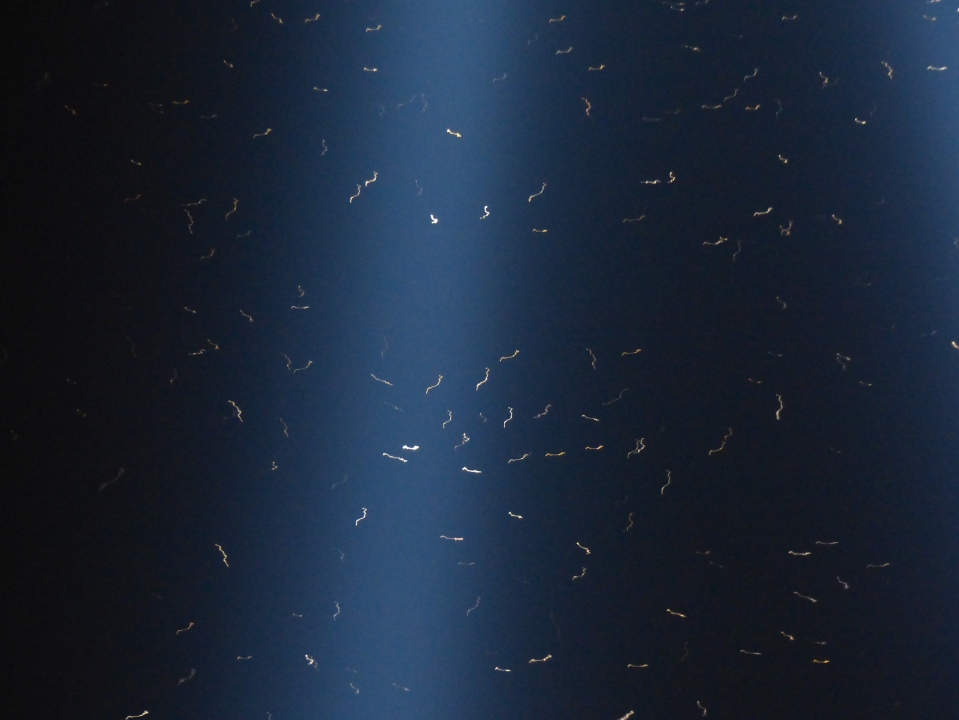 A 1/6 second exposure: the flight path of each bird is revealed.