You know you’ve arrived in Maine when the supermarket has a fern fiddlehead special in the produce section:

And Portland restaurants find ways of preparing the ferny curls with chard and dressing: 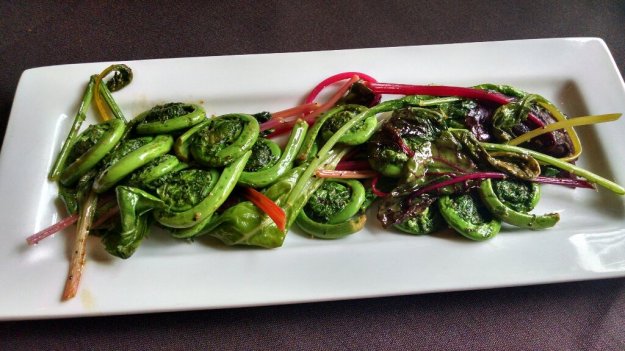 And, a few weeks later, when the wild ferns have fully unfurled, the remnant kitchen fiddleheads are roasted and turned to soup: 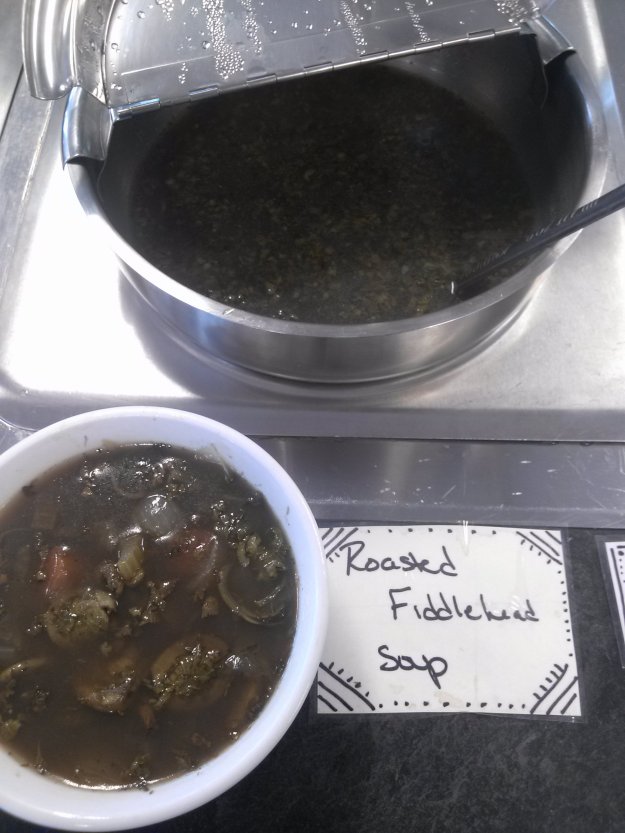 Ferns are well defended both mechanically (tough to chew on) and chemically (how many insects do you see munching on fern leaves?), so they seldom appear on human plates. After a long winter, though, anything green looks good to vitamin-starved mammals, so people cut the young unfurling fronds of ostrich fern — fern furls curtailed forever, very poignant — and eat them raw, lightly steamed, or roasted. Ferns can bear a small amount of harvesting, but repeated cutting will kill the plant.

Ferns are also harvested for food in Korea and Japan, always as fiddleheads. I’d be interested to know of examples from other cultures. In the non-human realm, the European woodmouse loves to chew on ferns, perhaps echoing the dietary preferences of sauropod dinosaurs?