This is the year of the timber rattlesnake on the Southern Cumberland Plateau. I’ve seen and heard of more in the last five months than I have in the last twenty years combined. They’re sleeping in gardens, gliding across porches, crossing wooded trails, and swimming on asphalt. Most seem to be one or two years old, suggesting that we’re seeing the result of a baby-boom in 2013 or 2014. What might have caused such a successful hatch year is a mystery: perhaps a good mast year of acorns and hickory nuts swelled the rodent population, echoing a year later in the abdomens of fecund snake mothers? Another possibility is that the last two winters have been colder here than any within the last decade, pinching the rodent supply this year, making snakes take to the road where we then encounter them. Certainly 2014 was chipmunk-poor after the “Arctic Vortex” made several visits. I estimate an 80% drop in chipmunks the following spring.

Whatever the cause, these snakes inevitably run foul of humans. Many are dead on the roads; others are killed around habitations. I’ve picked up a few of these corpses and, before giving them a respectful return to the woodland community, I’ve taken great pleasure in examining what must surely be called their gorgeousness. Each individual has a different mottled pattern, but all grade in tone and texture from head to tail. 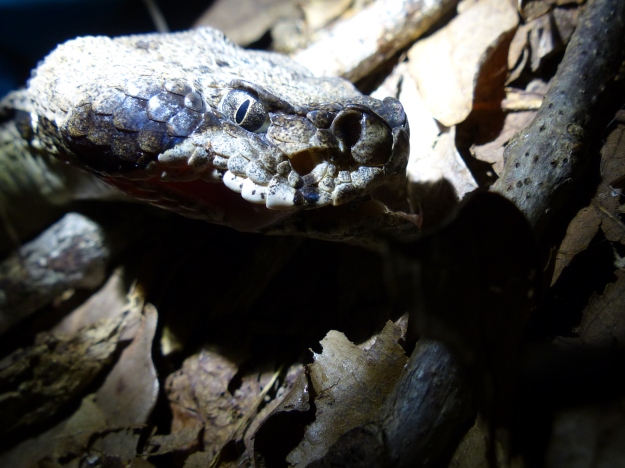 The nostril (higher) and pit organ (below) jut into the world. Inside the pit organ, a membrane hides a profusion of nerve endings and  blood vessels. Nerve receptors tingle when temperature changes; blood carries away last second’s heat, letting the snake know moment-by-moment how its thermal environment is changing. The pit organ’s information runs directly to the same part of the brain that receives signals from the eyes. So “heat” is seen by rattlesnakes. The pits are extra eyes, functioning like pin-hole cameras. Oh, to be able to experience such a synesthetic world, if only for a few seconds.

And down the body we go, a cascade of forested scales: 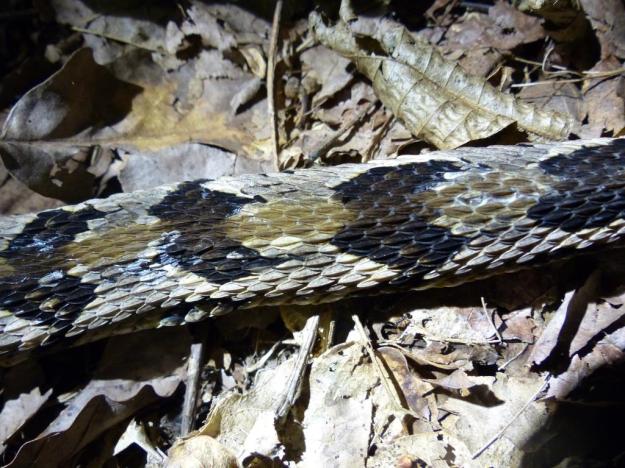 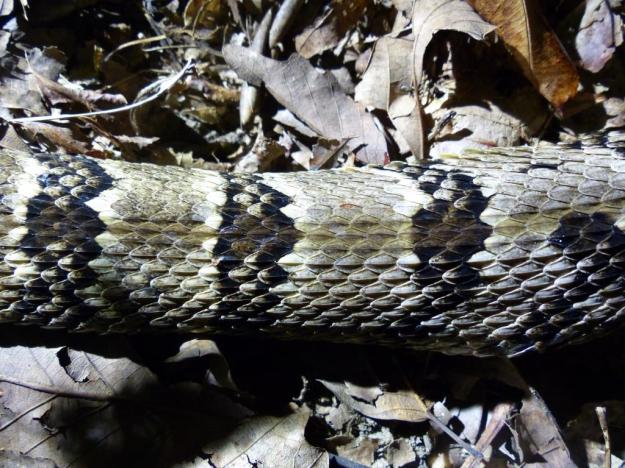 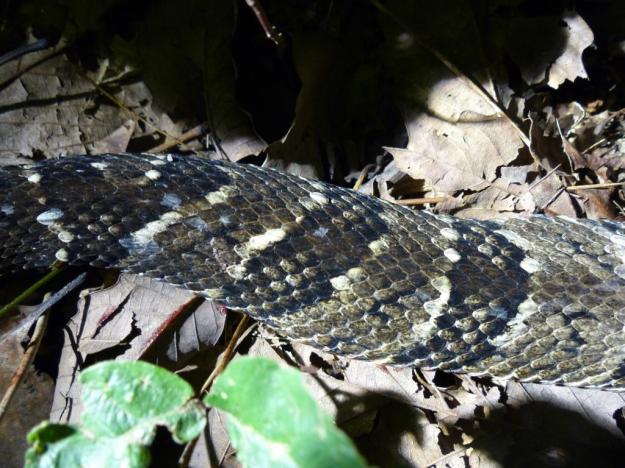 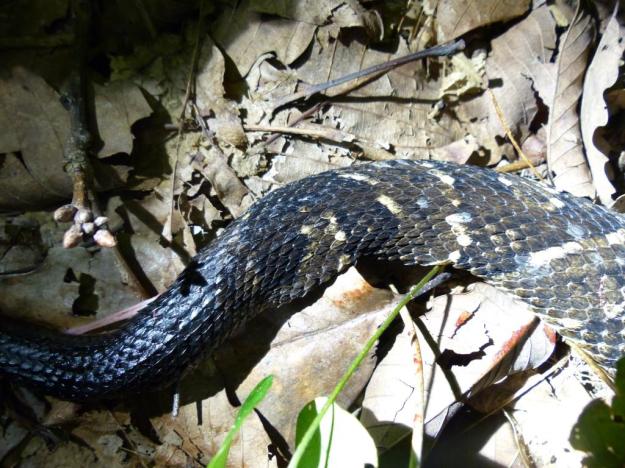 And the tale ends with the longest rattle so far among the deceased: 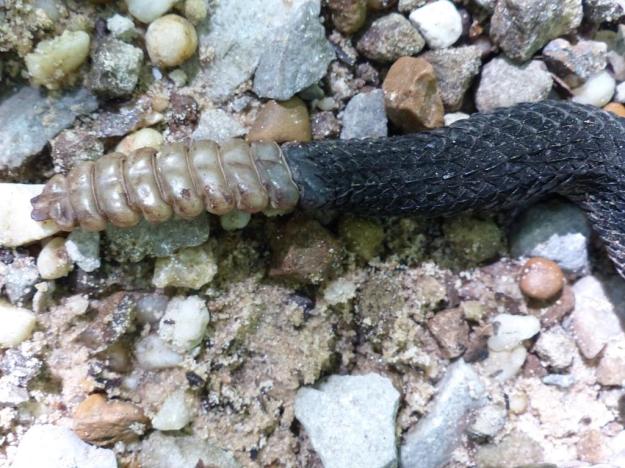 For encounters with live snake cousins, I invite you to more sounds and sights.

Nemo me impune lacessit. Time to reclaim the Gadsden flag for all.

11 thoughts on “On the beauty of rattlesnakes”