When the temperature dropped below forty degrees, the frogs shut up. A few hours later, we hit the twenties, the pond was ice and the rocks from which the frogs had called were snow-covered. 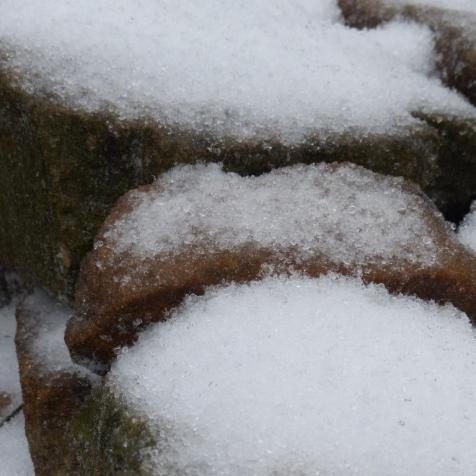 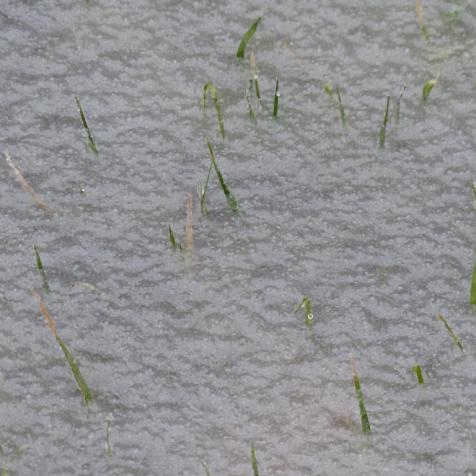 The only sound was the creak of a Virginia pine’s knotty entrails, twisted by the weight of ice on its needles and branches. (Like other sounds on this blog, you’ll need to be on the website not the email summary, to hear.)

How do these crazy little frogs survive such temperature swings? Surely they’re all frozen to death by now?

A thermometer inserted just below the crust of snow and ice suggests the peepers’ first strategy. It is ten degrees warmer just an inch under the soil. By creeping into holes, bark crevices, and cracks in rocks the frogs find microclimates that, if not toasty, are more temperate. 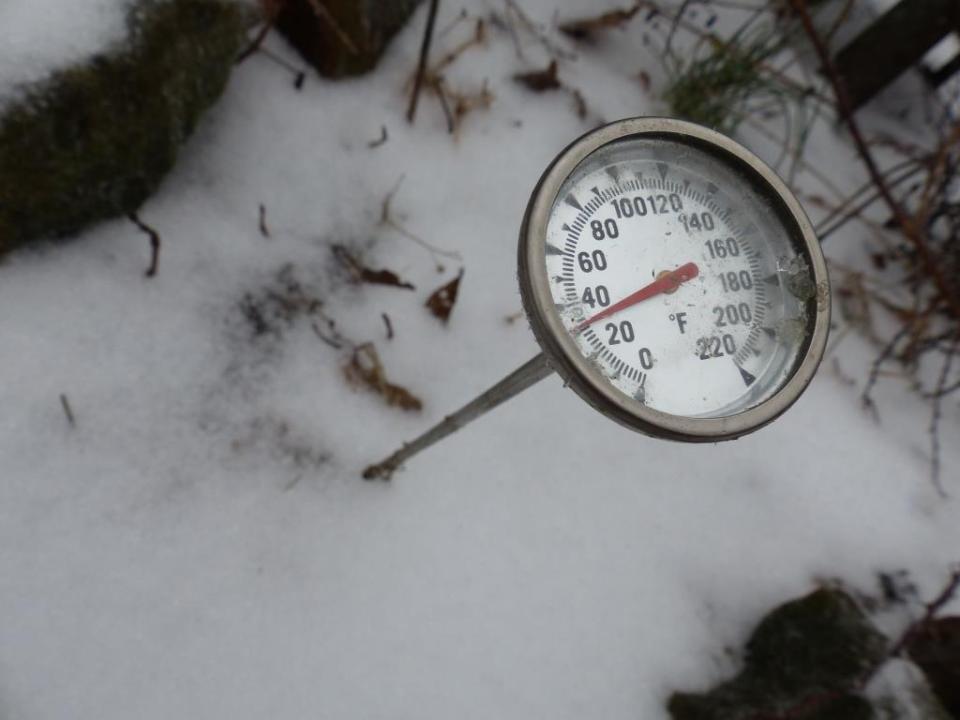 The peepers’ other defense is not so obvious. Their livers gush glucose into the blood, flooding their organs with sugary antifreeze. The bodies of these candied frogs can freeze without damage to their cells. Peepers can move in and out of this sugar-high within hours, making them well-adapted to the ill temper of the spring weather goddesses in eastern North America. After the last ice age, they were one of the first frog species to hop up north.

(For those wondering after my last post how a “spring pepper” might differ from a spring peeper, see here. Apologies for my many typos…)