I’ve been keeping my eye on the funky residents of the beech aphid colony, watching them groove the summer away. I found the colony back in late July when it was already quite large. It then grew a little, adding new clusters of young aphids, but gradually waned through September. This week, the last beech aphid departed, leaving just a few wisps of wax on the ground below. Over the weeks, the colony added more and more winged individuals. These are the individuals that disperse and mate; all others are asexual and sedentary. 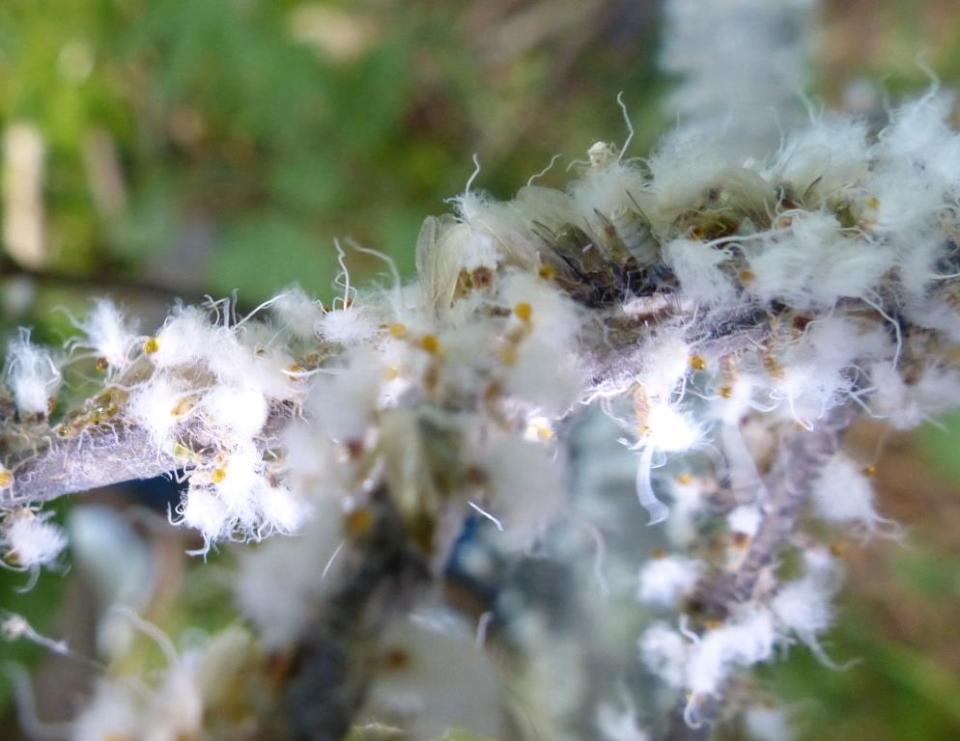 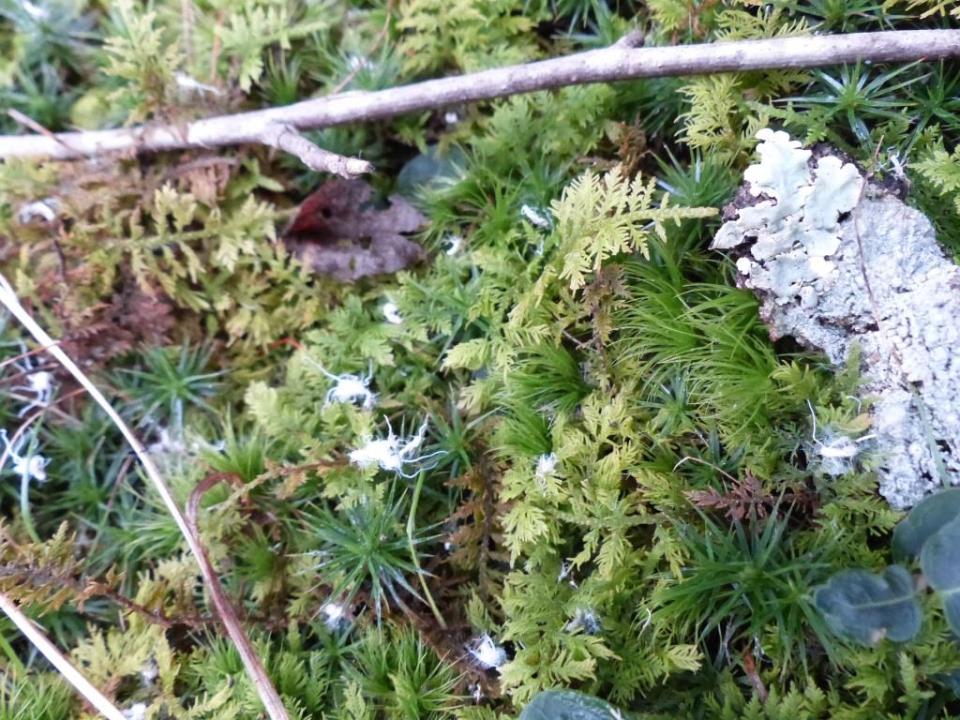 The day before I saw the last beech aphids, two newcomer species arrived on the twigs that had been the colony’s home. One was another aphid, a huge one. I thought at first that the beech aphids had somehow swelled and transformed, but another look confirmed that these new aphids are in fact a different species, the appropriately named giant bark aphid, (Longistigma caryae). For an aphid, they’re monstrously large, perhaps eight times the volume of a typical aphid. They also have long, sturdy hind legs, giving them a cricket-like appearance. 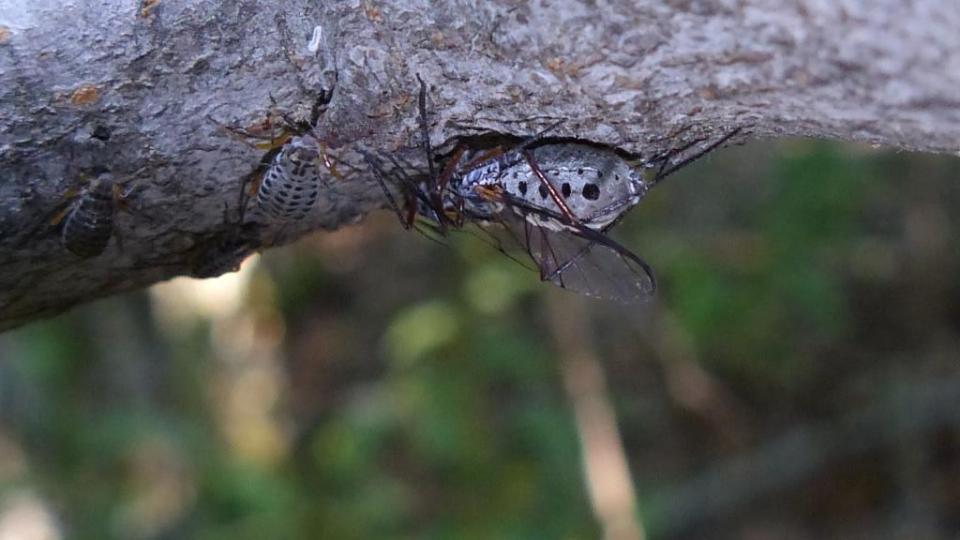 Like other aphids, this species feeds by sliding its needle-like mouthparts into plant phloem and eating the pressurized sugary sap that squirts through the needle into their guts. In their thirst for dilute nutrients like amino acids, they void the excess sugar, dropping sticky honeydew below. This is all too much for many gardeners and the ag extension agencies continue their long tradition of suggesting chemical sledgehammers to crush these nuisances. Malathion and Orthene? Really?

Hidden for now from the nozzleheads, these bark aphids took up residence in exactly the same spot as the beech aphids. I mean exactly: down to the centimeter. Are they exploiting the feeding holes or weakened bark left by their departed distant cousins? The coincidence is striking. The beech tree no doubt let out a sigh. One load of sugar-suckers gone — at last! — and another bunch of free-loaders show up. Bring on the freeze? Come hither migrant warblers?

The new residents brought their own private security team. The guards are paid with sugar and they take their work seriously. I’ve visited several times in the last week and the bark aphids always have three or four large honey-colored ants in attendance. The ants gather honeydew from the aphids, then stand and wait from the next drop. One ant filled her abdomen, then scuttled up the branch and found a skinny-looking sister. They stood head-to-head and the nectar was transferred, causing the second ants’ abdomen to swell into an amber globe. The first ant returned to her charges; the second scurried up the twigs into a blueberry bush, then I lost sight of her. I have no idea where the ants may be nesting. I’m keeping my eyes open.

I’d love to know more about the identify and natural history of the ants that are tending these aphids. Myrmecophiles, your insights would be received with gratitude. [Addendum: The ant is likely a carpenter ant, perhaps Camponotus americanus. . Thank you, Ann Fraser and AntWeb!]

16 thoughts on “Aphids: The Sequel”