…named by Andrew Jackson, 7th president of the United States, a man whose life did not manifest much affinity for the usual pursuits of a hermit. His original name for the house was “rural retreat,” so perhaps he always yearned for a little peace and quiet. The site is now not at all rural — Nashville’s growth has encompassed the area with urban and suburban development.

I visited The Hermitage with a group of faculty and staff from a variety of disciplines within the University. We discussed how we might involve our students in the ongoing study, preservation, and management of the site — internships, on-site classes, collaborations.

From an ecological perspective, sites like this provide “green” spaces within the more heavily urbanized surroundings. These areas can, depending on how they are managed, provide habitat for native species, “windows” of natural space in an otherwise human-dominated landscape. Just as important, they provide places where people can connect to the rest of the community of life, something that is not always possible in urban areas, particularly if those areas have not been planned with green spaces in mind. But there is a tension here: places that are preserved for historical reasons, like the Hermitage, are sometimes not open to the general public without a fee. So, unlike greenways, urban parks, and state natural areas, historical preservation sites are often off limits to many people. A management challenge is therefore how to maximize access while protecting the historical value of the site.

Slave quarters (formerly the early Jackson house), with an impressive understory of privet in the forest behind

Turkeys moved onto the site a few years ago and are now abundant, as are deer, groundhogs, and foxes. 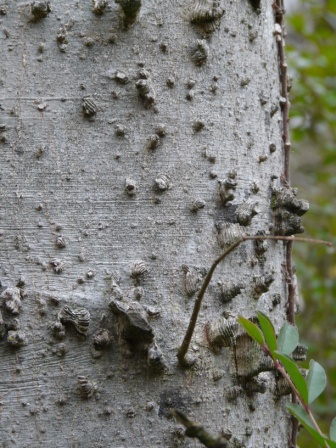 Hackberry is the dominant tree in the forested areas. Its bark is characteristically "knobby" with corky projections

A few years ago, the Hermitage cleaned out this sink hole (>80 tons of garbage). Andrew Jackson's horse was reputed to lie at the bottom. The horse was never found, but when the wind settles down, the smell of the chemicals that were dumped down there wafts up. Humans have been dumping history into this hole for generations. 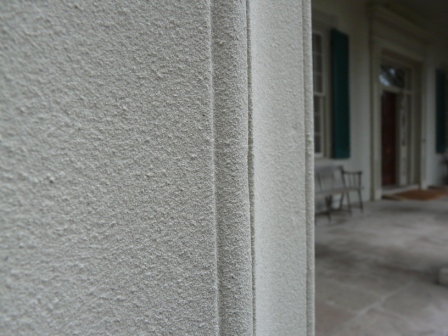 Jackson did not like to spend money unnecessarily. The columns on the front of the main house are wooden, painted with sand-encrusted paint to make them look like stone. The "marble" inside the house is cleverly painted wood. The "mahogany" doors are faux. Perhaps there is a reason why Jackson was the only president to pay off the national debt... 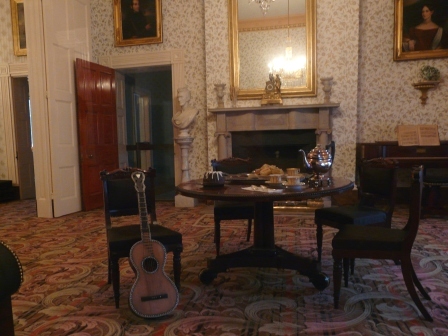 Old Hickory subdivided -- a few steps down the road. The real estate market is not necessarily friendly to green space, although many studies have shown that open spaces not only increase people's quality of life, they improve "home values" as measured in dollars.

5 thoughts on “The Hermitage…”