The Audubon Society runs an annual “Christmas” Bird Count across the Americas. This count was started in 1900 by Frank Chapman at the American Museum and has continued ever since. Each individual “count circle” is fifteen miles in diameter and volunteers fan out within this circle to record all the birds they can find. The data is then compiled across the whole continent to give a large-scale picture of the health of bird populations.

This morning, I took one pie segment of the Franklin/Coffee County circle. (LouAnn Partington organized the whole event, I was just one of many “counters.”) The weather made this outing a treat: mid-50s and sunny. In New York, I remember doing one of these counts on cross-country skis in biting cold.

In all, I found over fifty species. Some highlights included finding a Loggerhead Shrike, a species that is in serious decline. Shrikes are birds of mixed grassland and shrubs, and they have been hit hard by the intensification of modern agriculture which removes their habitat and potentially exposes them to agrochemicals. They are fierce little birds, preying on small mammals and large insects. They impale some of their dead prey on thorns and barbed wire as a signal of their hunting prowess: mini trophies. 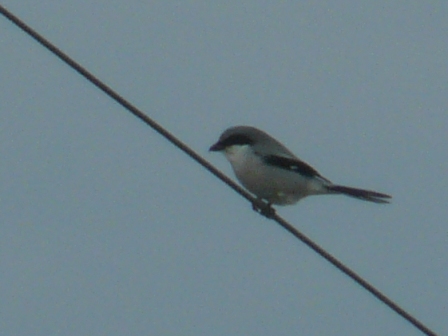 Loggerhead Shrike, one of the few remaining in the county. 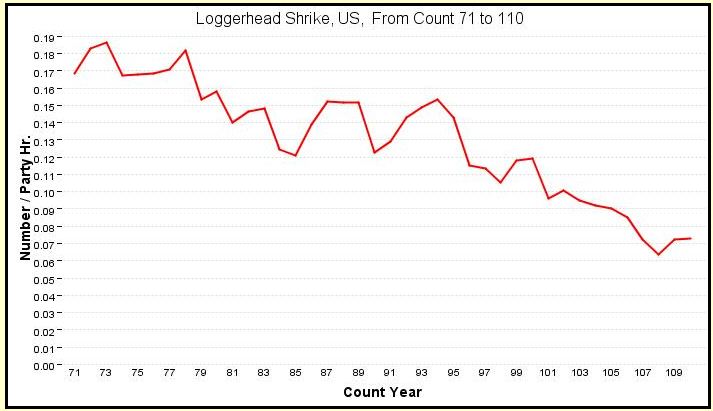 Population trend for Loggerhead Shrike. Data taken from US Christmas Bird Count database. The Breeding Bird Survey (a summertime census) reports a minus three percent per year decline for the last thirty years.

Some other personal highlights were hearing Sandhill cranes make their bugling sounds, getting blasted by a blue jay with an imitation of a red-tailed hawk keeer as I walked under the jay’s perch, watching a belted kingfisher fly through the mist along the Elk River, and seeing Henbit the goat’s namesake plant, Henbit the little pasture weed. 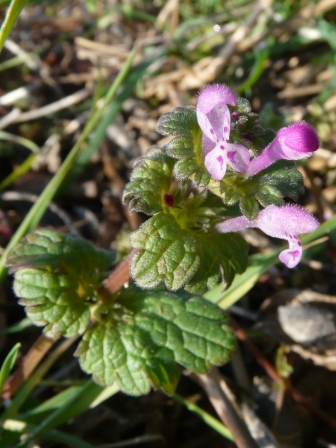