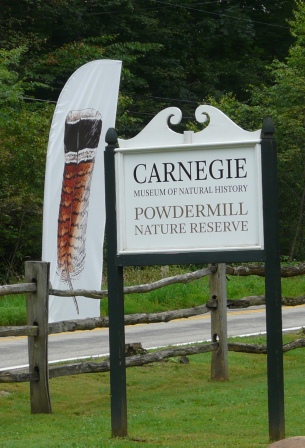 Xolotrema denotatum was one of the twenty five species that we found. I have been wanting to see this species for some time. We have its cousins, Xolotrema obstrictum and Xolotrema caroliniense, around Sewanee; both of these species have beautiful shells. 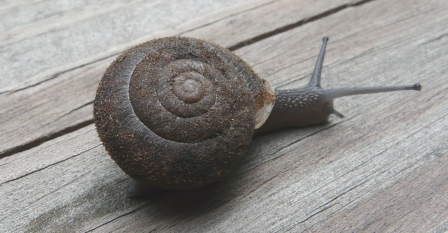 Xolotrema denotatum at Powdermill – note the very hairy covering to the shell. This is formed by the protein coating of the mineral shell. 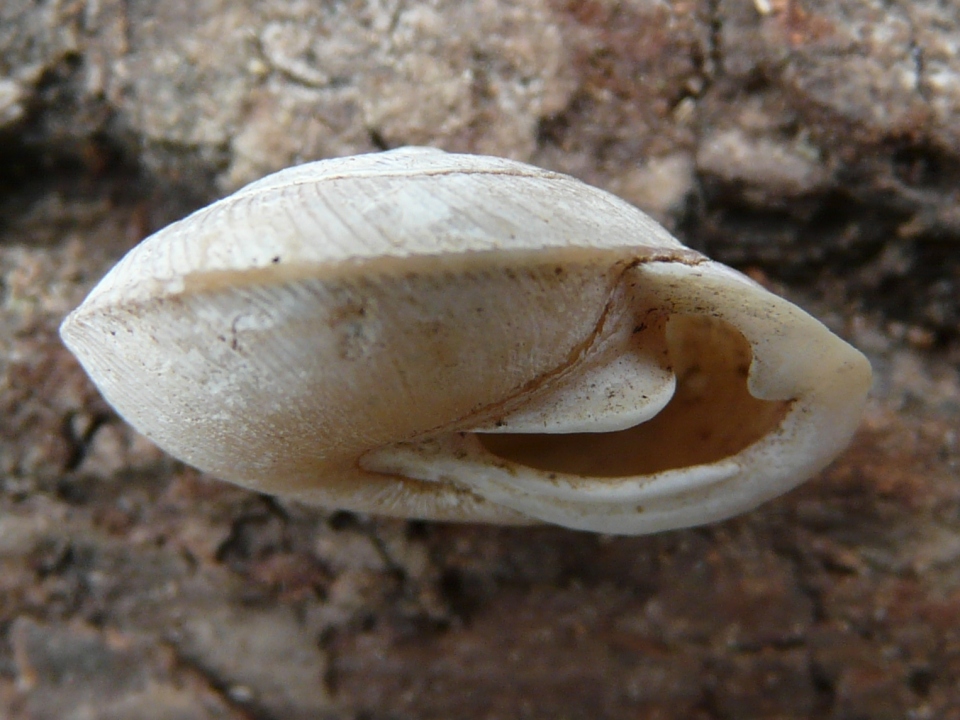 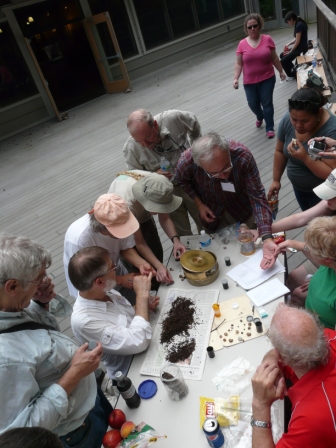 A swarm of malacologists

I found these snail eggs hiding under a piece of fallen rotting wood on the forest floor:

The whole cluster is about half an inch across. I’m guessing they are Mesodon or Mesomphix eggs.

Some spectacular fungi were growing under rotting bark.

“Indian pipe” plants were poking up from the leaf litter.

Monotropa uniflora, a parasite on fungi that live in symbiosis with tree roots. So, this plant parasitizes trees through an intermediary.

Although Monotropa is only four inches tall, it is a relative of blueberries and azaleas (in the plant Family Ericaceae). It has lost is chlorophyll, giving it another common name, the "Ghost plant."

You can see more photos from the trip at Aydin Örstan’s blog, The Snail’s Tales.