A few doors down from the White House sits the largest collection of molluscs in the country, including the holotype of the “Cumberland tigersnail,” Anguispira cumberlandiana, a species that was first described in 1840. The holotype is surprisingly colorful and fresh-looking, despite its age. 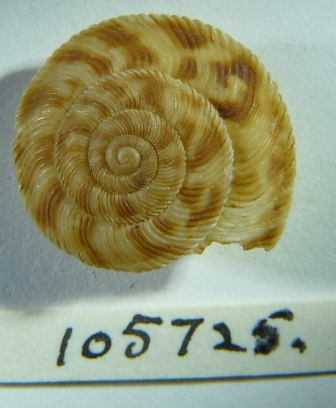 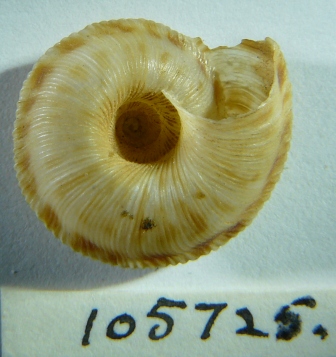 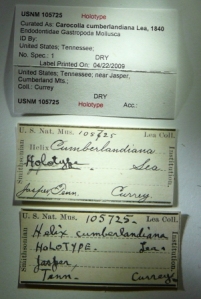 Specimen labels, including those from the 1840s

Bob Hershler, Research Zoologist and Curator of Mollusks, was a very helpful and welcoming host and was kind enough to let me look through some of the other type specimens — the Smithsonian has cabinets full of extraordinary material.

Following up on previous comments about museum street art, the entrance to the museum had no snail sculptures, but some tree ferns appeared as I was working inside. They were on the back of a truck when I walked in, no doubt coming to add summertime botanical interest to the entranceway. I think they are Dicksonia, a south-east Australian/Tasmanian species.

Australia comes to Washington -- tree fern in front of the Smithsonian