A scene of bird carnage at Sewanee’s War Memorial Cross on the campus of the University of the South (photo credits: Sandy Gilliam): 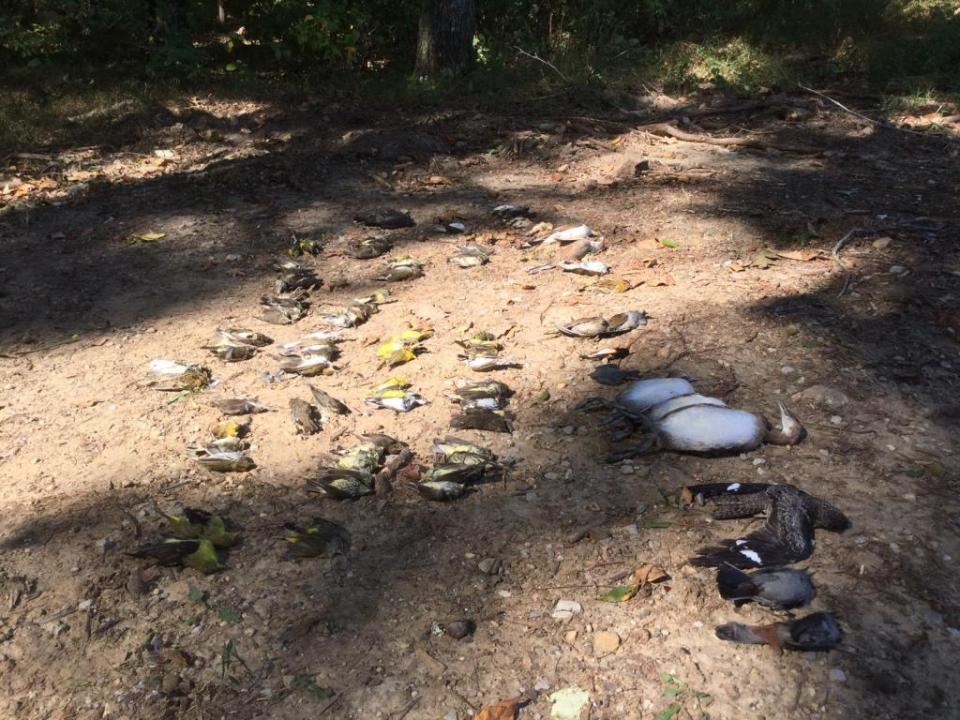 The cross is a tall white structure, brightly illuminated all night by spotlights. It stands on an overlook on the edge of the Cumberland Plateau in Tennessee, surrounded by hardwood forests, and visible from many miles away in the valley below. The night of the kill — 26/27 September — was cloudy and birds got caught in the dome of light, circling circling circling until they killed themselves by smashing into the out-sized reconstruction a Roman instrument of execution. Over 130 birds were killed. 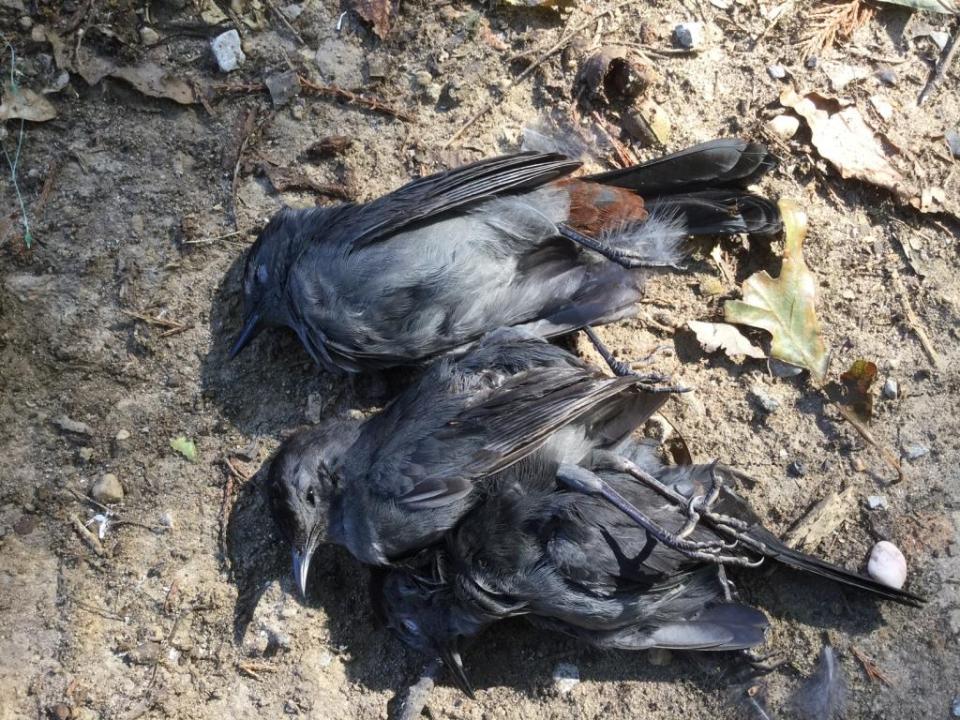 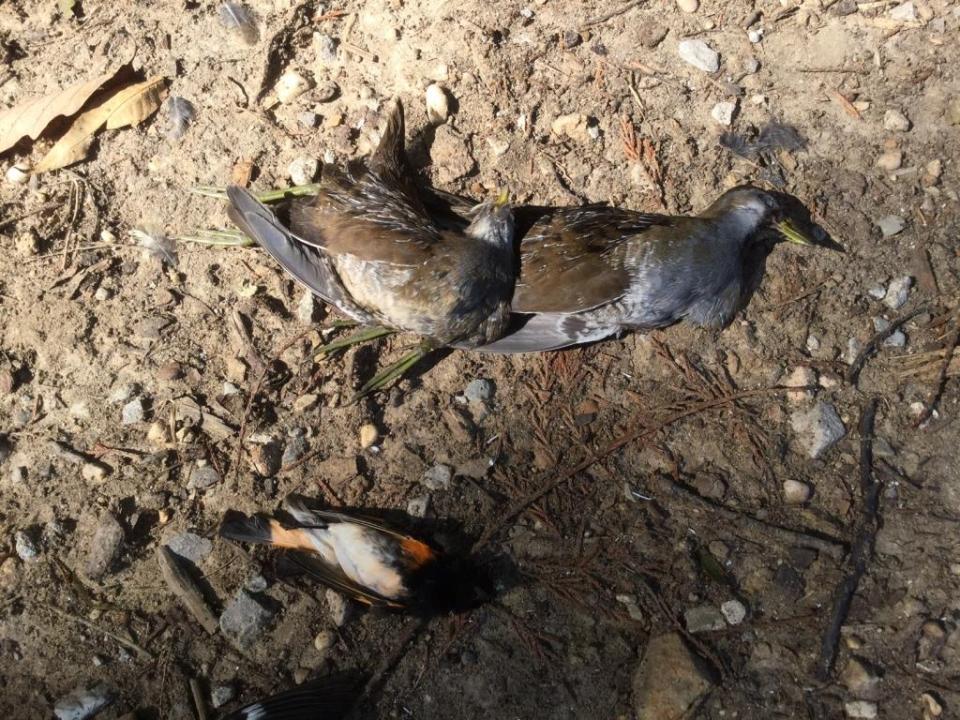 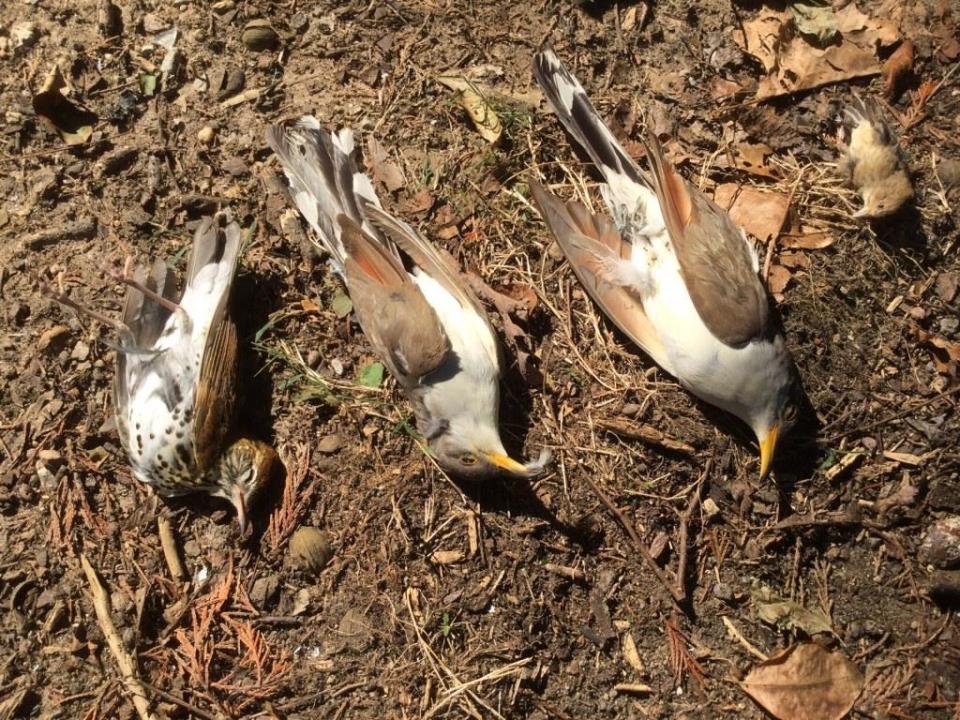 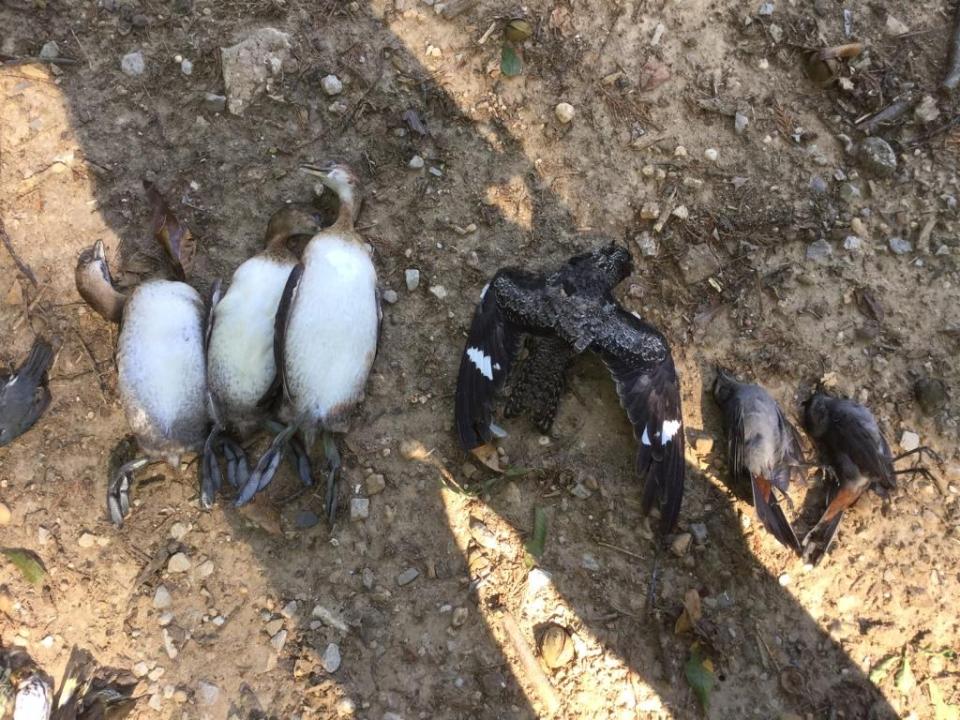 Many bird migrate at night, avoiding predators, staying cool, and navigating by the stars. Bright electric lights disorient them and many are killed each year in collisions with communication towers, buildings, and other artificially lit structures. The numbers killed in this way are hard to know, but one recent review estimated “hundreds of millions (building and automobile collisions), tens of millions (power line collisions), millions (power line electrocutions, communication tower collisions)”.

Data from ebird.org (an online database of millions of bird sightings) reveals the migration patterns of birds. The following graphs are from the “Central Hardwoods” and “Appalachian Mountains” of Tennessee (to run your own analyses, click on “explore data” at ebird). The height of the green bars on the graph indicate abundance. Each species has a different seasonal pattern (some are here only in the summer, others surge through in migratory pulses, and many are winter visitors). For many migrant songbirds, mid-September through early October are peak times for movement through our region. These migrants are often very abundant in the forests around Sewanee: every bird taking the overland route from the northern US or the the vast Canadian boreal forest is winging through the southeast. 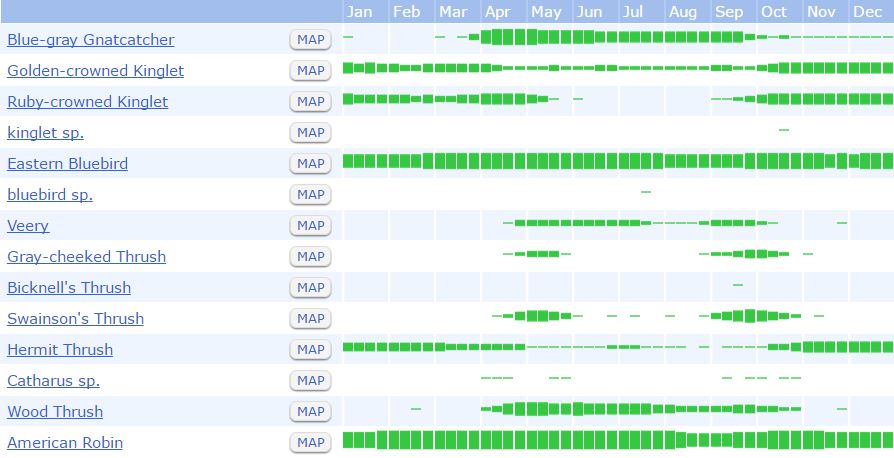 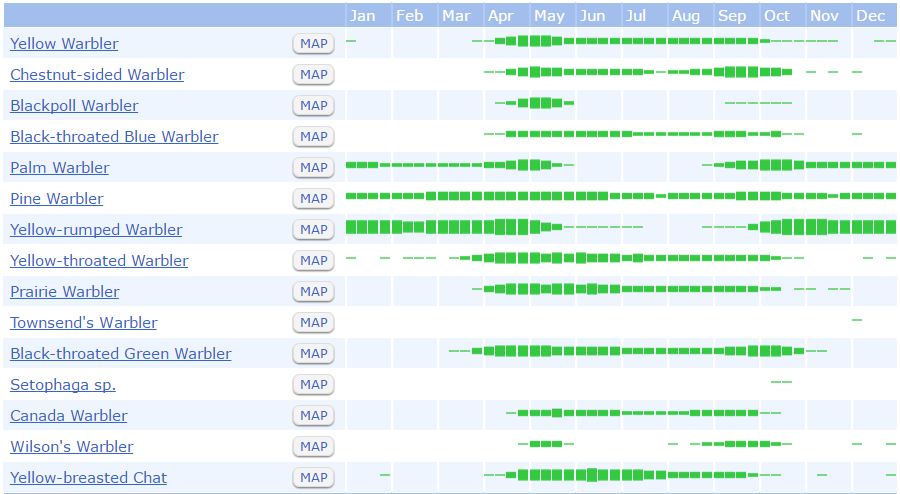 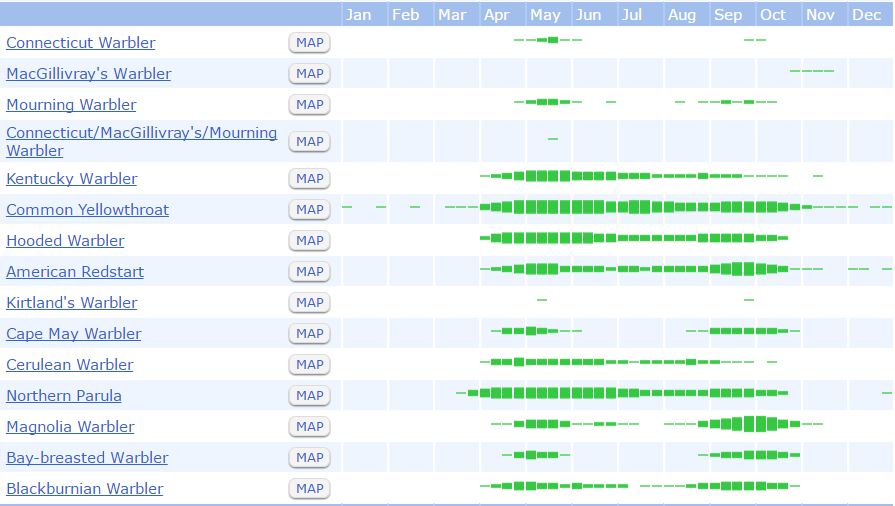 Within a few hours of the discovery of the dead birds, staff from the University’s offices of Environmental Stewardship & Sustainability and Physical Plant Services were developing a plan to rework lighting to avoid future kills during bird migration. Many thanks to Nate Wilson, Sandy Gilliam, Greg Rollins, William Shealey, and colleagues for their rapid and proactive response.