In honor of Life Triumphant, all the ancestors, known and unknown. 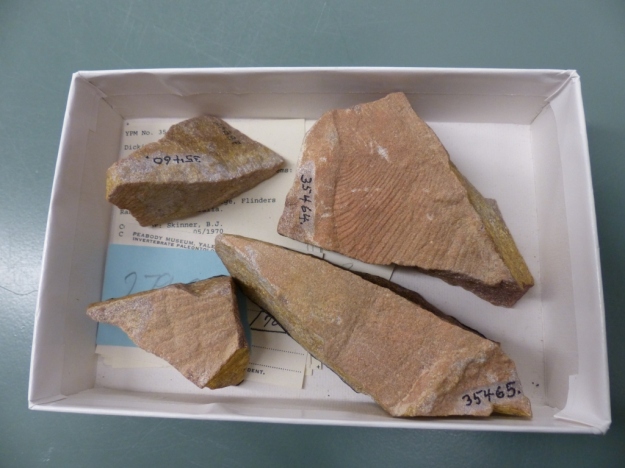 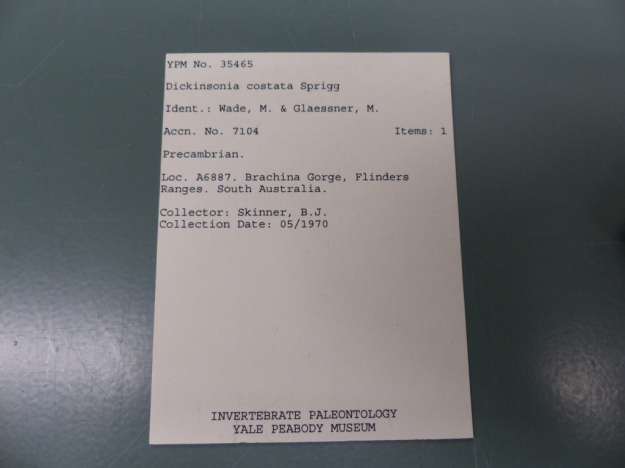 I came across these specimens during my visit to the Yale Peabody Museum a few years ago. I was there to look at a different group of fossils (youngsters, just 33 million years old) and walked past a cabinet with “Ediacaran” on the label. Gob-smacked, I begged a look and my hosts casually opened a drawer to reveal The Tomb of the really, really ancients. Could I feel the reworked remnants of their DNA squirming and leaping in my every cell? Did my cranium feel hairline fractures rush every which way as my skull’s apex lifted in astonishment? Did my pentadactyl limbtips and opposable thumbs quiver as I held the camera?