Underfoot: the crunch of thousands of shells. On the nose: a tang of salty algae. In the eyes: dust thrown here from the Tunisian deserts and over-plowed olive plantations to the south.

The lake was a surprise, a silver sheet interrupting a day’s drive through scrub and bare soil. As we approached, the sheet expanded, nearly thirty thousand acres of shallow water. 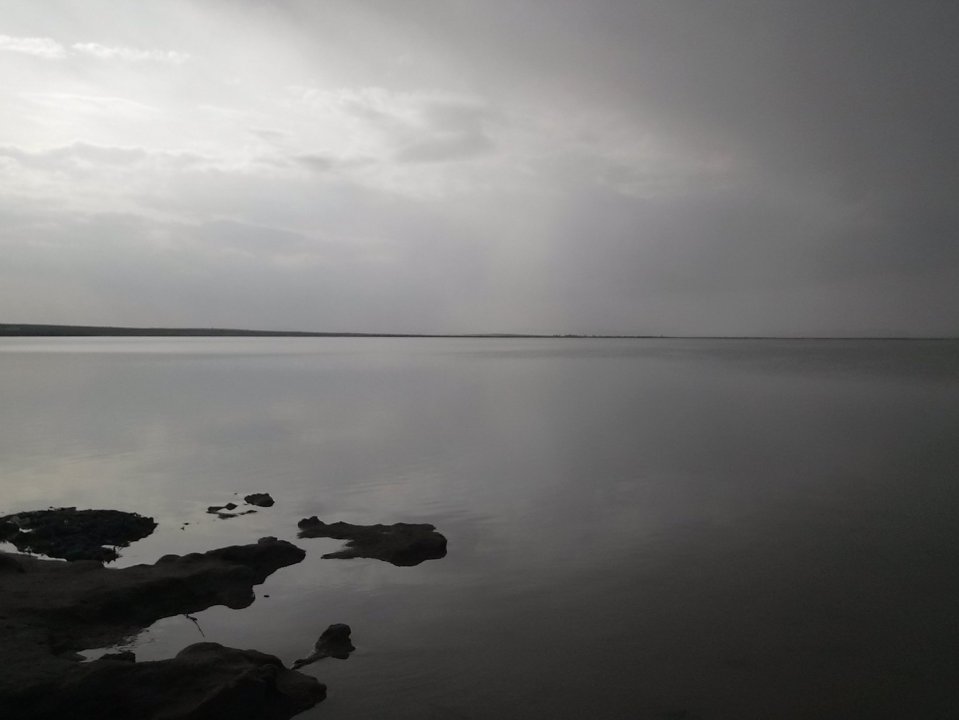 On the southern shore, shells were blown into drifts, a molluscan gravel onto which the wind also piled the discards of humanity.

Looking down into the lake, at first we saw only multicolored bivalve shells. Then, motion: turning, spinning, leaping. Tiny shrimp-like creatures, almost translucent. 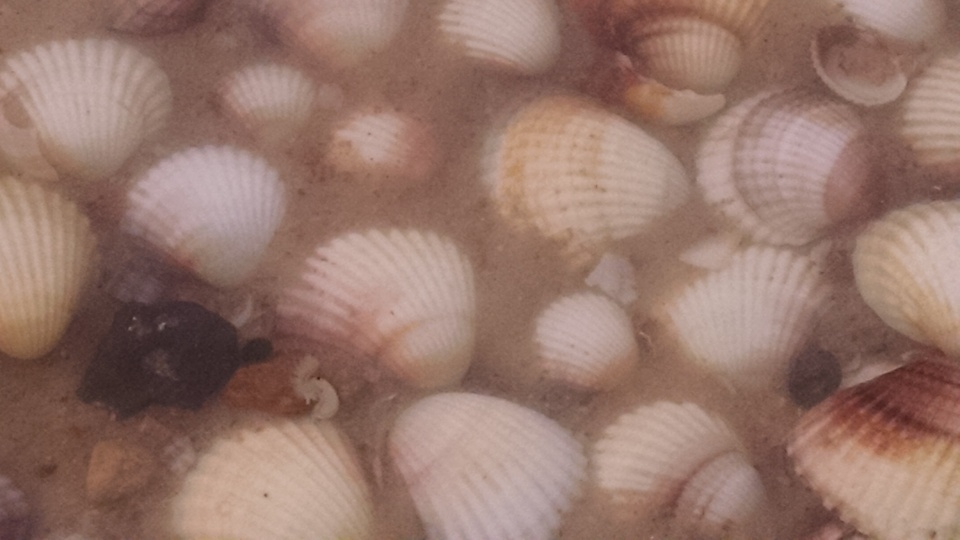 These brine shrimp (Artemia, see a pair just to the right of the black pebble above) are among the few animals that can survive the hyper-saline waters of this lake. They feed by filtering specialized halophile bacteria and algae from the lake’s shallow waters.

Birds, including thousands of flamingos, are drawn by the abundance of shrimp. Like the shrimp themselves, flamingos filter the water for their food, pumping tongues through sieve-like beaks. Long experience with humans has taught the birds to stay away from the lake edges, but we approached close enough to hear the sluicing sound of shrimp-filled water squiring through lamellae in flamingo beaks.

This lake is one of many “Sebkhets,” salt lakes, in central Tunisia. The water seems to taunt the donkeys, camels, and goats that live around them: great expanses of liquid in a parched land, yet utterly undrinkable. To the north, more abundant Mediterranean rains turn the land green and hospitable. Further south, the taunting ends where the Sahara begins.