I’m delighted again to share a guest blog post written by Saunders Drukker. Saunders is an Ecology and Biodiversity major at Sewanee (Class of 2017).

In my last post on this blog I wrote about how winter was a time of increased activity for the forest dwelling amphibians that inhabit the Cumberland Plateau. Late February is the most active time of all. Towards the end of winter, when relatively warm rains begin to fall, amphibians of all types migrate through the hardwood forest of the Cumberland Plateau and set up temporary residence in water-filled depressions known as ephemeral ponds. Among the animals moving are animals like Upland Chorus Frogs Pseudacris ferriarum, Four Toed Salamanders Hemidactylum scutatum, and Marbled Salamanders Ambystoma opacum. However, the greatest migration is undertaken by the Spotted Salamander Ambystoma maculatum. This relatively large salamander spends the summer and fall in brumation, escaping the dry and the heat in underground retreats, waiting for ecological signals of the breeding season. When the cue of warm rain comes, the salamanders emerge in the thousands to return to the same pools they were born in, where, like their parents, they will engage in the same ritualistic breeding activity. 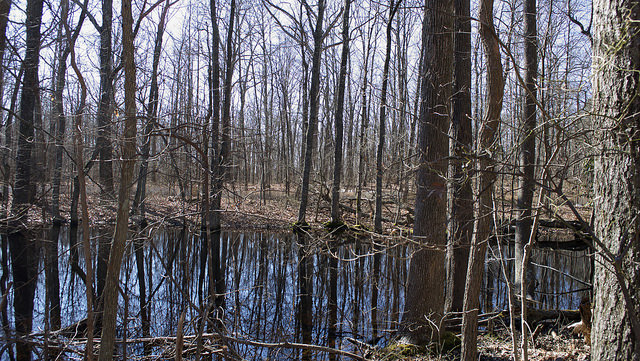 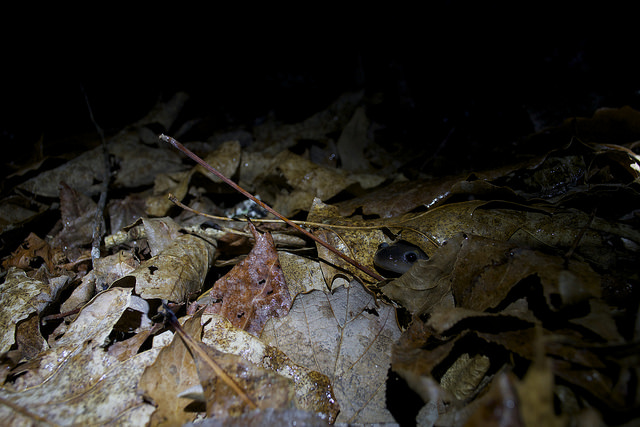 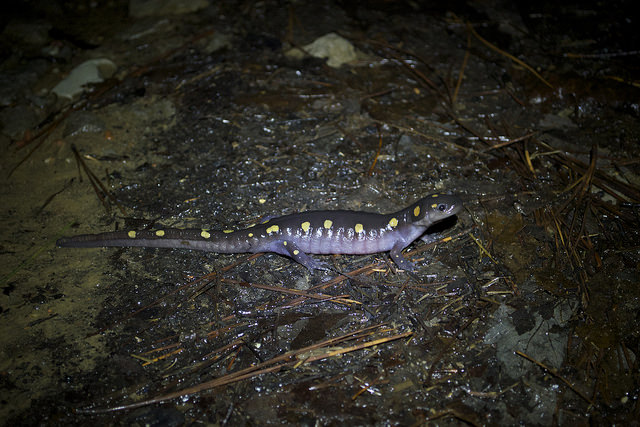 The males are the first to enter the pond. Here, even without females to impress, they swirl around in the leaf litter at the bottom of the pond, dropping spermatophores (see video taken at the pond on Brakefield Road here). The female salamanders arrive a week or so later. Upon entering the pond the females are swarmed by eager suitors, each waving his pheromones in her face, and gripping her with their legs so as to entice her to pick up their spermatophore, thus passing on their genetic material. After fertilization, the females attach their eggs to a submerged branch, where they swell with water to form a firm gel-like mass. Females come and go fairly regularly, completing their purpose and leaving the pond to return to their forest home. Males tend to stay longer, attempting to breed multiple times, giving themselves a better chance at reproductive success. As the eggs hatch, the pond is filled with thousands of small, gill-flaunting larvae, who in a few weeks will leave the pond on a rainy night to find a place to spend the summer. 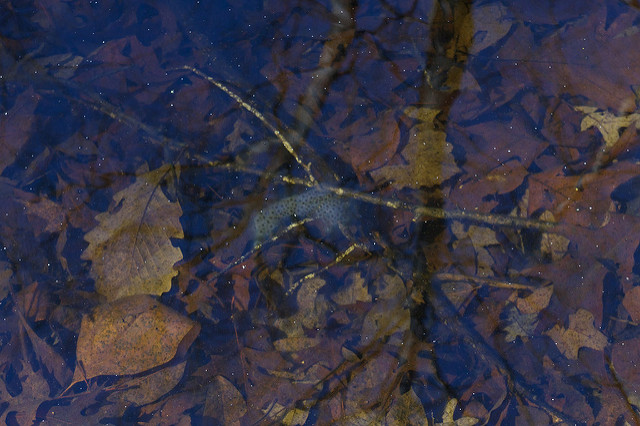 Emigration of young salamanders from the pond represents a huge transfer of biomass from an aquatic ecosystem to a terrestrial one. This transfer is one of the most significant roles of amphibians in food webs and ecosystems. These salamanders make up a huge portion of the forest’s vertebrate biomass, and engage in one of the largest movements in the eastern forests of America, and certainly one of the largest here in Sewanee.