The city of Jericho is most famous for the unkind things that Joshua is reputed to have done to Jericho’s populace after God gave him the nod to move in. But Jericho’s history is far more complicated than the Biblical story. Jericho is likely the oldest continually inhabited city in the world and archaeologists have unearthed more than twenty distinct physical “layers” of remains, evidence of dozens of city cultures that waxed and waned over ten thousand years. Old stone tools show that before the cities, hunter-gatherers lived in the region, extending human habitation of the region back another thousand years or so.

All this history literally heaped upon itself and built a hill, Tell es-Sultan, a mound that seems like a natural dome, but is in fact built entirely from the accumulated stone and sand of these cultures accreting on the remains of their predecessors. 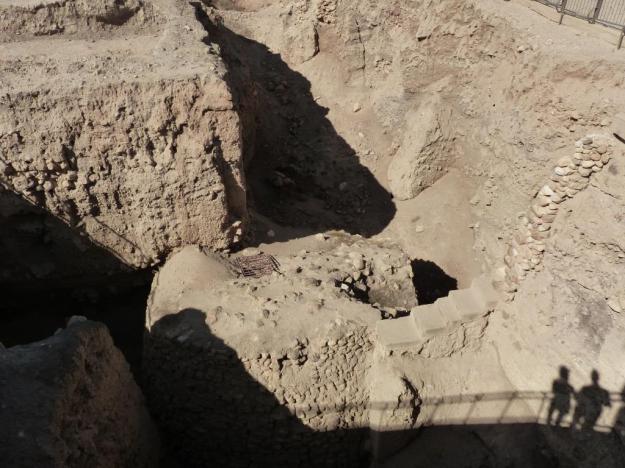 The photograph above looks down about twenty meters into a trench that has exposed walls that date to 8000 BCE. At that time Jericho was already a fortified city. People appear to have lived in and around ever since. Why? Water. The Ain es-Sultan spring runs year-round and has given life to Jericho for thousands of years, supporting agriculture in a landscape that is otherwise astoundingly dry for much of the year. The spring is sometimes called “Elisha Spring,” for the prophet who we’re told sweetened its waters. The archaeological evidence, though, suggests that the water was good before Elisha wandered past. 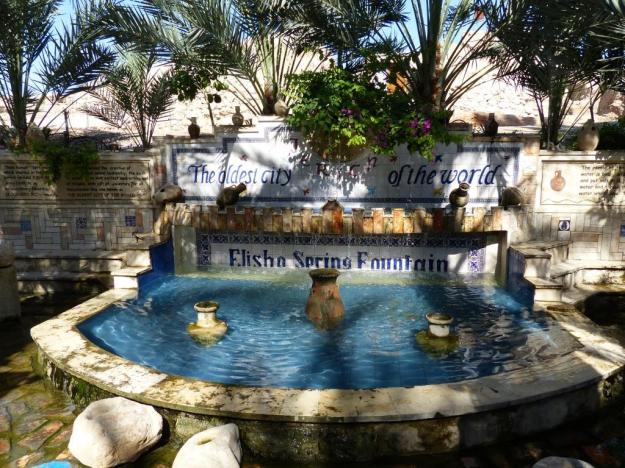 The fountain above uses a small portion of the water from the spring, the main outflow is contained within a building a few steps from here. The dragonflies that visit are separated from their kin by many, many miles. And because Jericho sits more than two hundred meters below sea level, these may be the lowest dragonflies on the planet:

Joshua was hardly the last person to clear a city in God’s name (although Jerusalem must surely beat Jericho in the league table of crusades and other bids for the “promised” land). After Israel’s declaration of independence in 1948, a portion of the seven hundred thousand refugees from the newly formed state moved to a camp in Jericho. In the 1967 war, many of these refugees relocated to Jordan, so the Jericho camp is one of the smaller remaining refugee camps.

Jericho has also been the site of violent attacks from both sides in the ongoing conflict over the West Bank. The city is currently run by the Palestinian Authority, under the eye of the Israeli army (who carry guns called “Jericho 941“). An Israeli army post sits just outside the city. During my brief visit, Palestinian men were lined up outside, summoned by the Israeli military for interviews.

Tell es-Sultan has yet to see the end of layers upon layers.