High in the mountains, in Eleven Mile Canyon:

A Common Merganser with her brood. She incubated the chicks in an old woodpecker hole and will stay with them as they learn to forage. These “sawtooth” ducks dive under the water to snatch fish. They’ll also feed on invertebrates such as snails and mayflies. 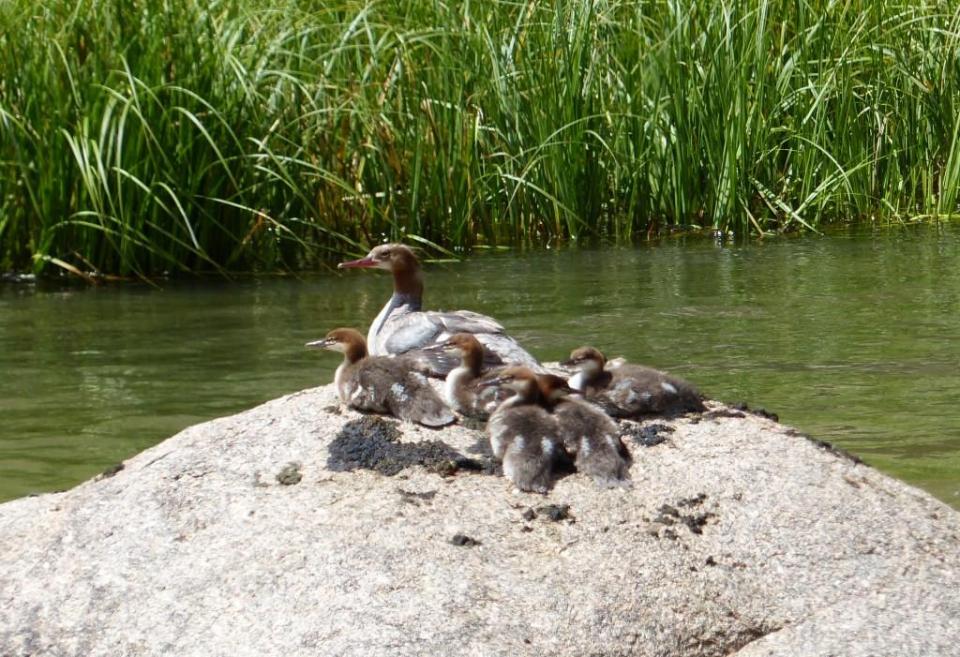 American Dipper fledgling. This young bird left the nest a week or so ago. It waits for the parent to appear… 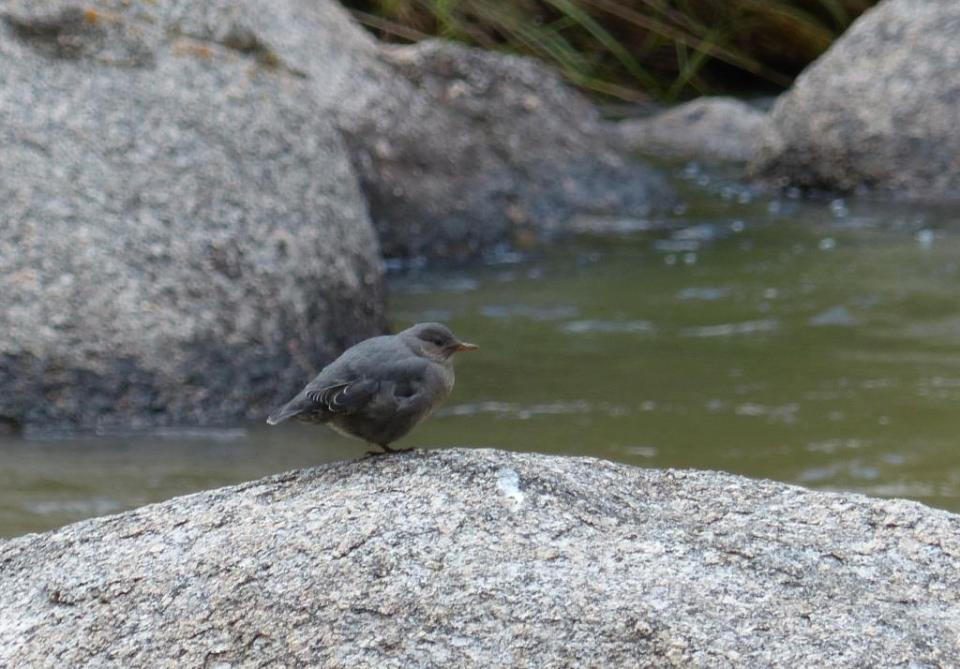 …from beneath the fast-flowing water. Dippers dive into mountain streams and walk along the bottom, gripping with their toe-nails for all they’re worth, plucking stream insects from rocks. Once emerged, the adult is met with the youngster’s loud whistles, sounds that cut through the roar of the water. When food is stuffed into the gullet of the noisy birdchild, the sound changes to delighted chirping. 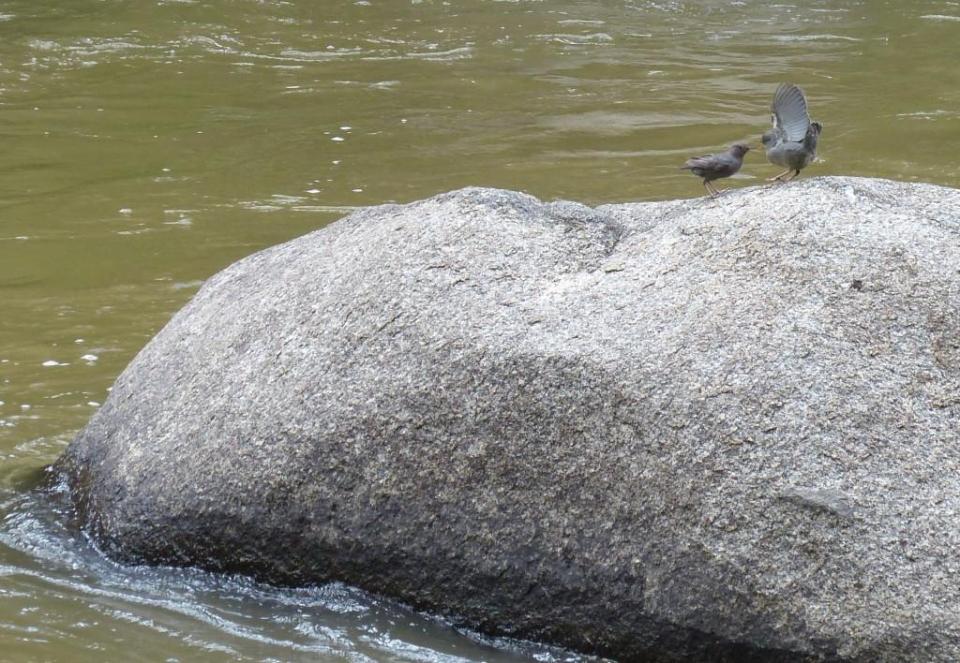 And when the feeding is done, it is time for more piercing begging cries, delivered at the water, below which the parent feeds. 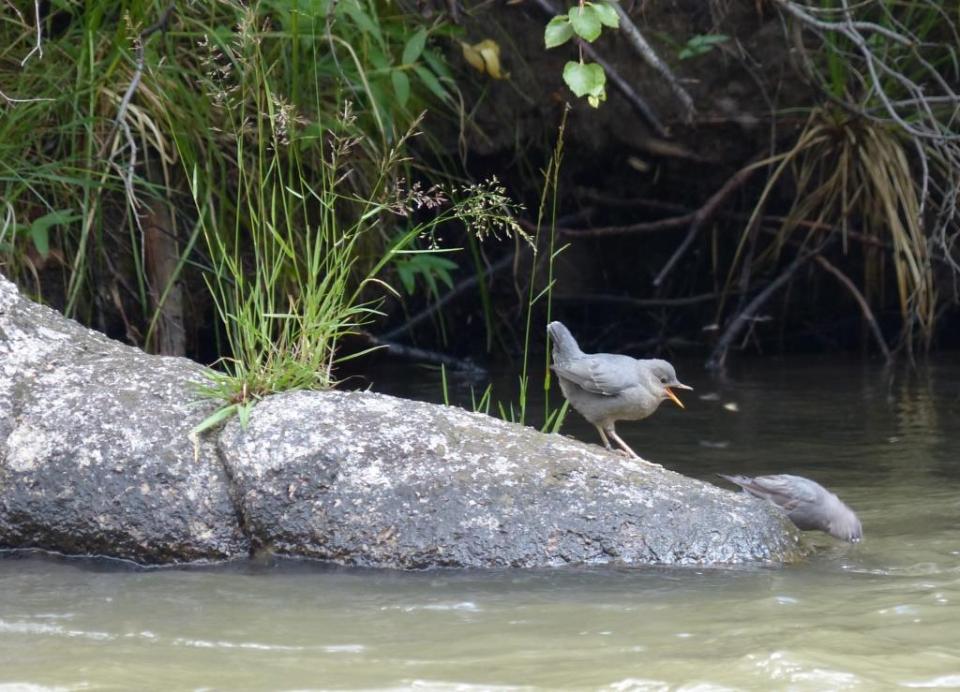 Another gullet-stuff, another flurry of chirps: 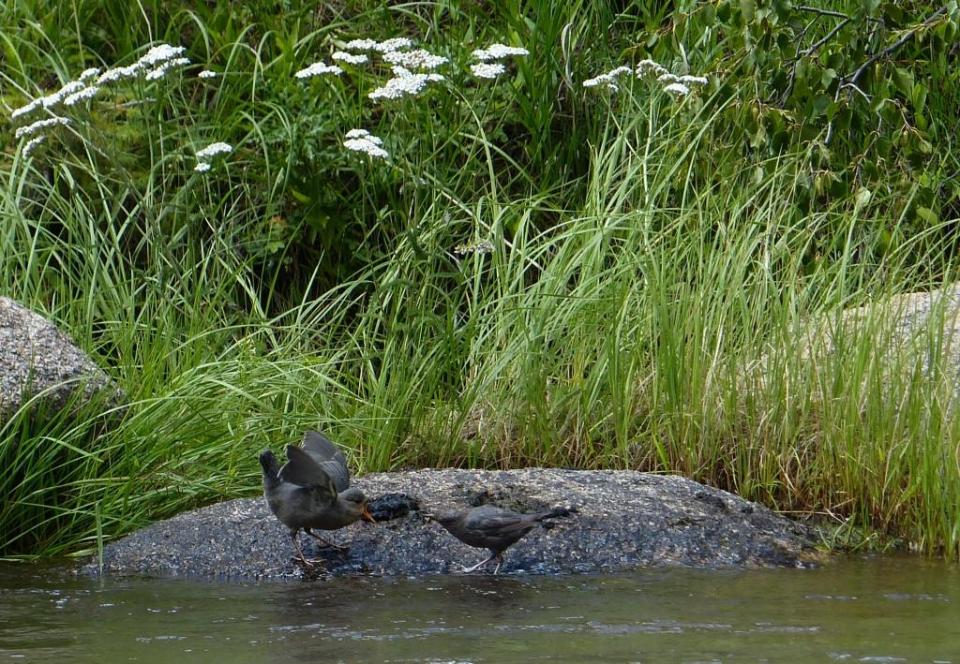 Downstream, in the heart of Denver:

At Confluence Park, in the center of the city, the South Platte has been engineered to provide a series of chutes and rapids for the amusement of Denverites. In the photo below a youth leader takes one of several disabled kids on a paddle ride down the rapids. I’ve blanked the faces because I was not able to ask whether it was OK to post these two water-lovers’ faces on my blog (sorry, dippers and mergansers, speciesism…). As he lurched through the spray, the kid’s face went from apprehensive frown, to a big O of surprise, to a grin of delight. A (mile-)high-five ended the ride. 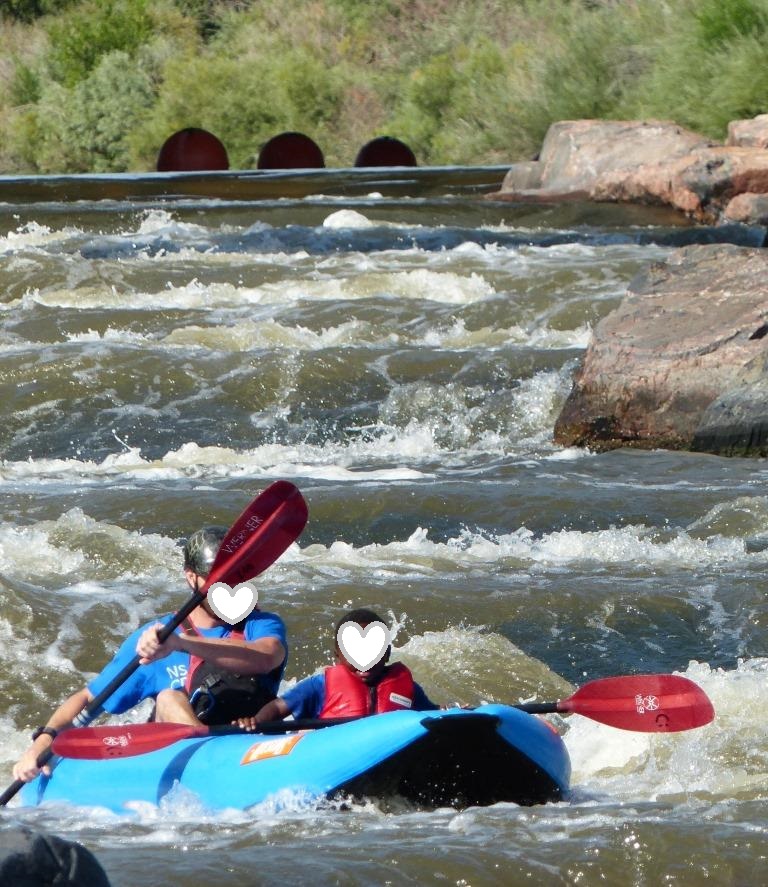 In the 1960s and 1970s, this stretch of river was the most junky, polluted part of the whole city. Old cars, tires, and mattresses were heaped along the banks; factories piped effluent directly into the river; oil oozed from every bank. Thanks to the very hard work of the Greenway Foundation, The City of Denver, and many other partners, this is one of the most popular places in town for people of all races, incomes, and levels of physical ability. One hundred miles of riverside trails radiate out from here, punctuated with parks of all kinds.

The river flows onward from here, east through Colorado and Nebraska, hopefully encountering a few more young lifeforms reveling in its waters.