The number and stature of trees in Oxford, MS, is impressive. My stay was quite short, so my ramblings were brief, but it seemed to me that the sylvan nature of town extended well beyond the upscale neighborhoods. Urban trees and other forms of biodiversity are well-known to be associated with the more wealthy parts of towns (e.g., this and this study), so the presence of large trees in less affluent neighborhoods can be thought of as a measure of the “eco-justice” in communities: access to the practical and aesthetic benefits of nature. 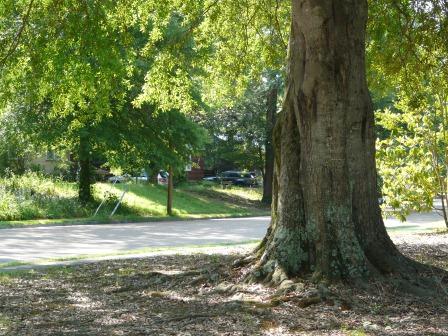 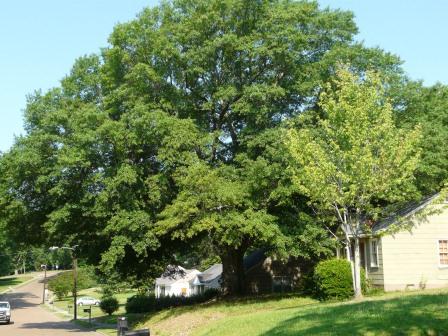 The large trees in the suburbs of Oxford attract a good diversity of bird species, including this red-headed woodpecker that was using the top of the power pole as a place to carry insects or seeds to jab with its beak.

The impressive tress in town contrast with much of the rural land in northern Mississippi where large plantations of loblolly pine dominate. These plantations are planted and cut like crops and, although they have more biodiversity than cotton fields, they generally host fewer species than native forests or residential areas (for my study of these differences on the Cumberland Plateau, see here).

Oxford’s wealth of trees didn’t “just happen.” The town has a tree board and a plan that not only seeks to preserve existing trees but also to expand plantings for the future. So, what lies behind the leafy charm of one of the most beautiful (and consequently one of the more prosperous) southern towns? Proactive urban planning, the work of loving the people and trees of the future.

2 thoughts on “Trees in Oxford, MS”