I’m in Denver for a conference, which means lots of time in chilled conference rooms, viewing the world through powerpoint slides. Great stuff, up to a point. Butt and brain give out after a while, so off comes the neck tag (a little frisson of excitement at liberation from group identity) and out the door I go…

I quickly found the Denver Bikes, a bike-sharing program that has bikes for check-out in racks across the central part of the city. Check-out privileges come in daily ($8), weekly ($20), monthly ($30), and yearly ($59) increments. Once you’ve registered at a kiosk (takes about a minute), you can check a bike out from any stand, then return it to any stand. The system is designed for short trips, so check-outs over 30 mins incur extra costs ($1 for an extra half hour, then $4 after that). The bikes themselves are tanks, seemingly indestructible, but surprisingly easy to ride. 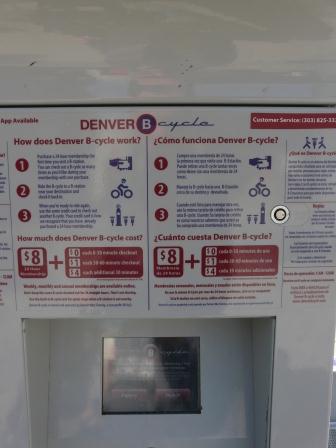 Many streets in the city center have bike lanes and they seemed, in my few miles of pedaling, pretty well respected by cars and trucks.

Even better, the city has several bike paths along waterways, so it is possible to go through the center of town and into outlying areas along bike-only paths that wind along running water. Hard to beat. (But stay out of the water — looks great, but bacterial counts are high.) 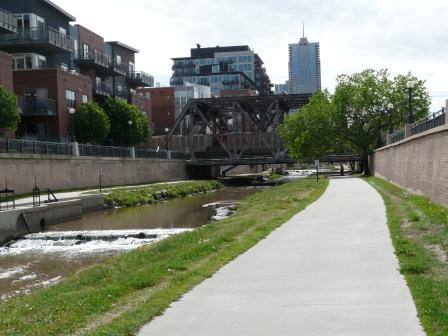 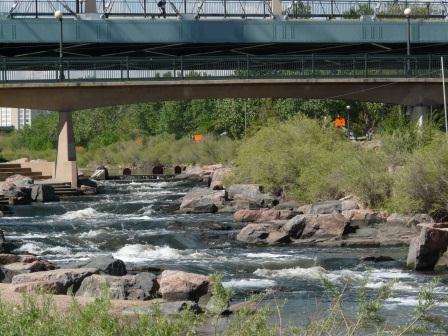 The best part: avoiding the Denver Boot, an enforcement device invented here in the 1940s by, of all people, a violinist. The boot shown below was put on a car right outside the window of the conference lunchroom. It was very kind of the local police to enliven our dining experience with a historical reenactment of traditional western vehicle wrangling:

[and this news added after I made the original post: bike-share is coming to Chattanooga…]

2 thoughts on “Pedaling a mile up”