I got a call today from the Sewanee Children’s Center: a dead hawk was lying in the playground. On my way home, I stopped by and did an impromptu “show and tell” for the kids. Nothing is more interesting at 5pm than dead animals, it seems. Because Sewanee is a small town, I know which households some of the kids came from. Interestingly, those from homes with nature-loving/trail-hiking/garden-keeping parents were very keen to hold the bird (wash your hands afterward kiddo…) and feel its soft feathers and sharp toes. Those from iHomes shrunk back: ah, the horrors of nature. 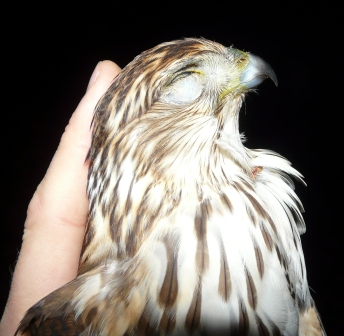 The bird was a Cooper’s Hawk in its immature plumage. The bird was full grown, but had not yet molted into the adult breeding plumage. It may have hit a window and fallen to the playground below.

Cooper’s Hawks hunt other birds by chasing them down at high speeds in the forest canopy. To pull off this feat in the clutter of twigs and branches, the hawk has fairly short rounded wings and a long rudder-like tail. Its legs are also quite long — all the better to fish hiding birds out of tree holes. 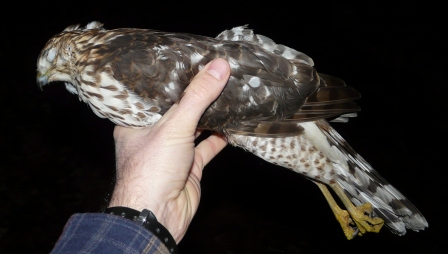 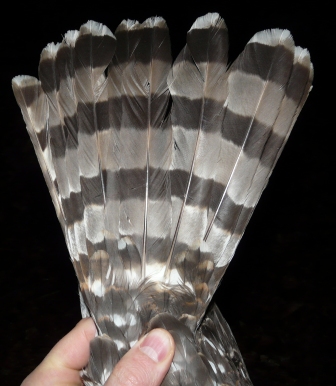 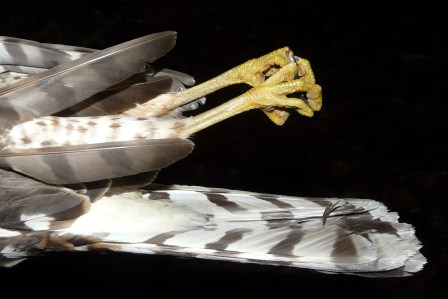 The look-alike Sharp-shinned Hawk can be hard to tell apart from Cooper’s Hawks. I’m calling this one a Cooper’s because of the broad white band at the end of its tail, the relatively fine streaks on the belly that taper off to mostly white, the somewhat rounded end to the tail, and the fact that it is larger than some (but not all, females can be quite big) “Sharpies.”

This bird is now in my freezer and will become a student’s Ornithology project next semester. I’d much rather the bird was alive, roosting in an oak tonight. But, because death has yet again paid an untimely visit, we may as well use its remains to learn more about the world.