This humble vine is at the center of a evolutionary tangle of butterflies: 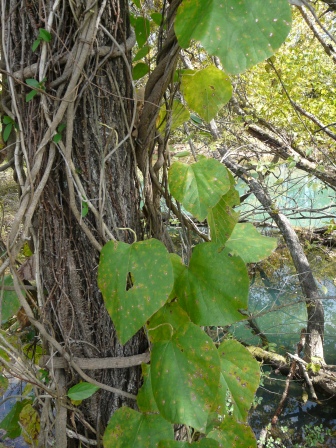 The vine makes poisonous defensive compounds which keep away most chewing insects. But pipevine swallowtails have evolved the ability to not only eat the pipevine, but to sequester its nasty chemicals, taking on a protective mantle. The poisons are stored by caterpillars when they feed on the vine and the chemicals are retained in the bodies of adult butterflies. The butterflies advertise their distastefulness with distinctive blue and black colors. Few birds or other predators are interested in attacking this species. 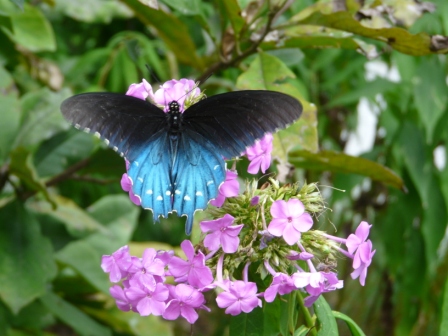 Pipevine swallowtail (photographed earlier this summer, as were all the butterflies that follow)

This bad-tasting butterfly carries a gaggle of other species in its wake. These others lack the defensive chemicals, but mimic the blue and black colors, gaining protection through false advertising.  This kind of mimicry is called Batesian mimicry, after Henry Walter Bates, a Victorian naturalist who first described the phenomenon in the rainforests of South America. 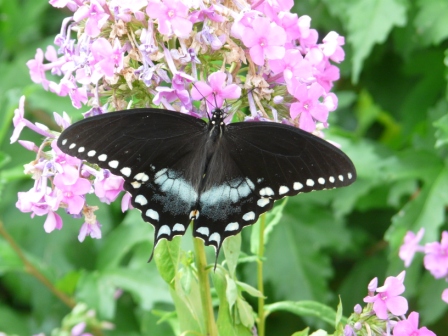 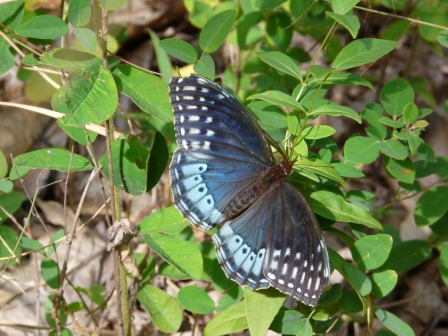 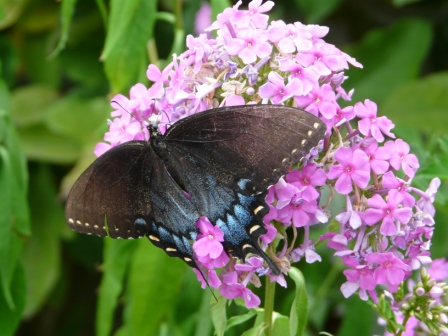 Humans also use the chemicals in pipevine as a herbal medicine, but the severe toxicity of the aristolochic acids in the plant make this risky medicine, at best.