My Field Investigations in Biology class ventured into the old growth forest in Dick Cove (aka Thumping Dick Hollow, apparently named for a former inhabitant who built an ingenious corn-pounding device). In addition to measuring trees to quantify how the forest community is changing, we found some interesting creatures in the undergrowth.

First question, thanks to Ruffin: can you spot the animal? 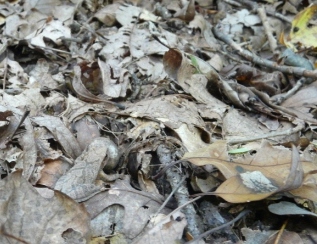 How about now, when it sits on a rock? 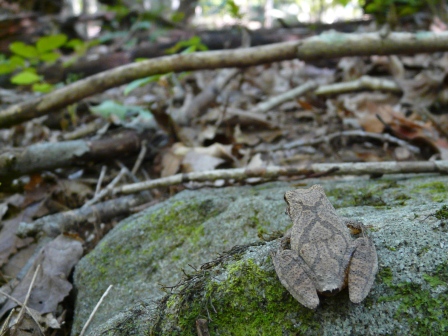 Spring peeper, Pseudacris crucifer. The scientific name derives from the cross on the animal's back.

Another cryptic creature, this time an unknown Hemipteran bug: 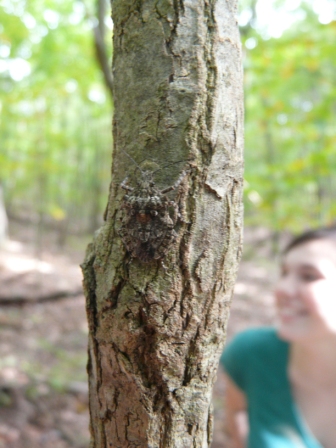 ...and Mary demonstrates how to "picture-bomb."

Allie found an archaeological artifact (or, trash, depending on your perspective). After some debate, we left it in place. The mini-terrarium inside was remarkable — soil had accumulated over the years, then moss spores somehow found their way in. 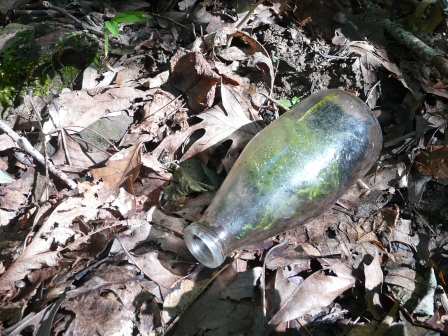 Bryophytes in a bottle 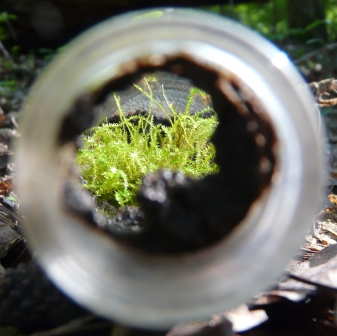 Last, Jeff found a spectacular Philomycus under some bark of a downed log. These native gastropods are “mantleslugs” and they are as big as cigars. 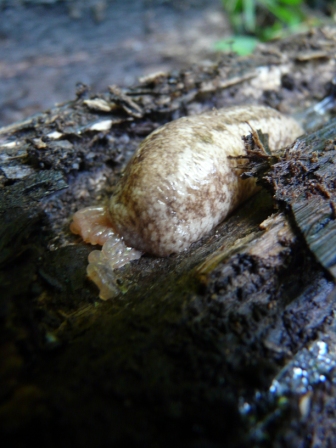 Philomycus with the fecal remains of its fungus dinner.